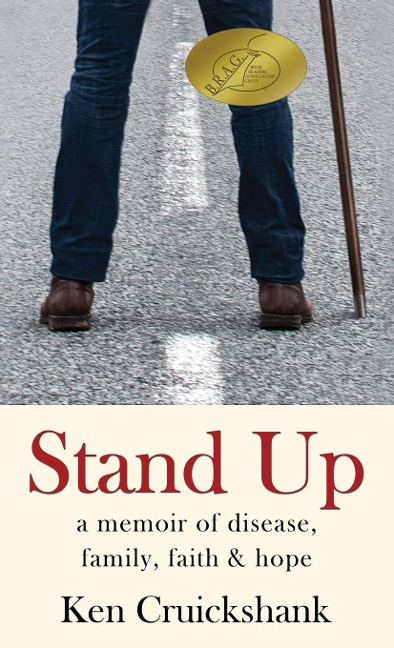 Friends and family expected Ken Cruickshank to continue playing sports, traveling, engaging in mischief, and raising an active brood after he married his soulmate, Karen. Indeed, all was proceeding to plan until an invisible enemy strengthened its grip on his body and mind. Goals, abilities, and many dreams grew forever affected by progressive disease. After an accident crumpled his weakened body, he dug deep to rediscover the optimism and hope he'd once considered his essence. He realized that the illness he blamed for stealing his identity was also the path to wisdom and a life of fulfillment.

Ken Cruickshank uses speech-to-text software to write memoirs and thrillers from his home abutting a forest in Portland, Oregon. At age thirty-two, a diagnosis of aggressive multiple sclerosis profoundly altered his and his family's life. Stand Up: a memoir of disease, family, faith & hope, is his debut book. His manuscripts are filled with intrigue and punctuated by unexpected twists and turns. Ken and his wife of over three decades, Karen, raised three children who are now spread across the country. He enjoys crackling fires, good conversations, red wines, and dark chocolates.