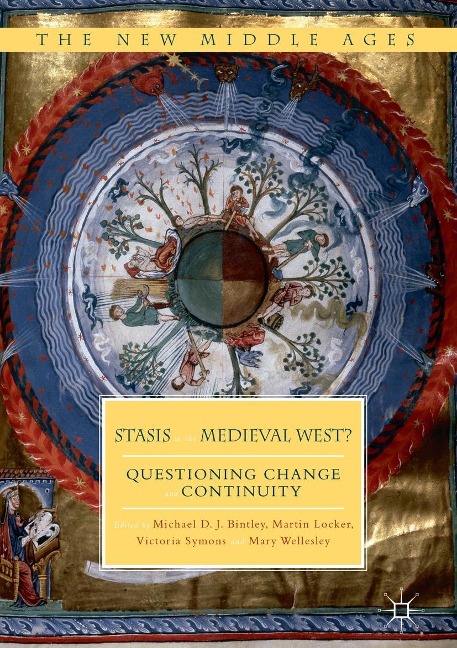 Stasis in the Medieval West?

This volume questions the extent to which Medieval studies has emphasized the period as one of change and development through reexamining aspects of the medieval world that remained static. The Medieval period is popularly thought of as a dark age, before the flowerings of the Renaissance ushered a return to the wisdom of the Classical era. However, the reality familiar to scholars and students of the Middle Ages - that this was a time of immense transition and transformation - is well known. This book approaches the theme of 'stasis' in broad terms, with chapters covering the full temporal range from Late Antiquity to the later Middle Ages. Contributors to this collection seek to establish what remained static, continuous or ongoing in the Medieval era, and how the period's political and cultural upheavals generated stasis in the form of deadlock, nostalgia, and the preservation of ancient traditions.

Michael D.J. Bintley is Senior Lecturer in Medieval Literature at Canterbury Christ Church University, UK. His works include Trees and Timber in the Anglo-Saxon World (ed. with Michael Shapland); Trees in the Religions of Early Medieval England; Representing Beasts in Early Medieval England and Scandinavia (ed. with Tom Williams); Andreas: an Edition (ed. with Richard North); and Sensory Perception in the Medieval West (ed. with Simon Thomson).

Martin Locker Martin Locker completed his PhD on Medieval Pilgrimage at the Institute of Archaeology, University College London. His thesis has been published by Archaeopress as Landscapes of Pilgrimage in Medieval Britain (2015). His research interests include medieval religious culture and its expression in the landscape. He is now an archaeologist with Oxford Archaeology and a freelance editor.
Victoria Symons is a Teaching Fellow in Old and Middle English Literature at University College London. Her research focuses on medieval uses of visual communication and the written word. She has published on runes, Old English riddles and charms, and the Franks Casket. Her first book, Runes in Anglo-Saxon Manuscripts, is due to be published in 2016.

Mary Wellesley works in the Department of Ancient, Medieval and Early Modern Manuscripts at the British Library in London. She was educated at Lincoln College, Oxford, before moving to University College London for her Masters' and PhD. She has published on aspects of codicology, literary criticism, on medieval drama and on Lydgate's religious verse. Also a freelance writer, her work has appeared in Apollo, Archipelago, Lapham's Quarterly.

1          'Introduction: Stasis in the Medieval West? Questioning Change and Continuity'

8          'There and Back Again: Creating the Pilgrimage Experience in Text'

10        'Configuring Stasis: the Appeal to Tradition in the English Reign of Cnut the Great'

13        'Dress, Fashion and Anti-Fashion in the Medieval Imagination'

Incidents in the Rue Laugier