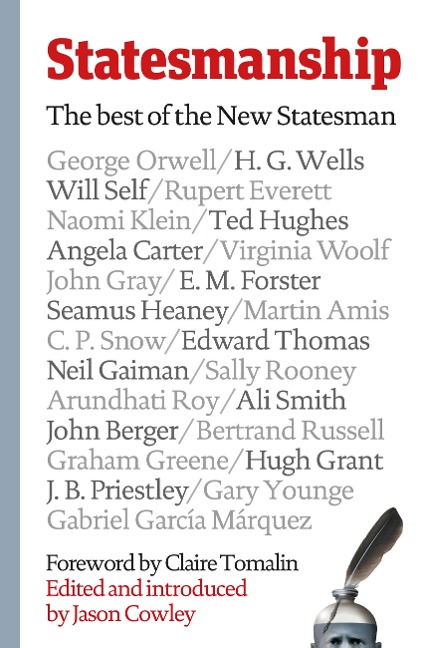 No British periodical or weekly magazine has a richer and more distinguished archive than The New Statesman, which has long been at the centre of British political and cultural life. Some astonishing things were first published in its pages: great poems such as W.B. Yeats' "Easter 1916"and Edward Thomas's "Adlestrop"; H.G. Wells' interview with Stalin in 1934; C.P. Snow's "Two Cultures" essay; Christopher Hitchens' final interview, conducted by Richard Dawkins; and Hugh Grant's "The bugger bugged".

Most of the great political and cultural writers of the recent past have written for The New Statesman. Many have been on its staff or were associates of it: George Bernard Shaw, John Maynard Keynes, V.S. Pritchett, Paul Johnson and John Gray. The most significant intellectual and cultural currents of the age ripple through its pages. Many of the radical causes of our times were launched in association with or in the pages of The New Statesman. For example, the Campaign for Nuclear Disarmament (CND) and Charter 88. There is, too, a rich history of illustration and cartoons to draw on, from Low's sketches of the great and the good to the gonzo art of Ralph Steadman and Will Self's early comic strips.

The book is more than an anthology. It tells the story of the New Statesman, from the eve of the First World War to the long aftermath of 9/11 and the Great Recession through which we are still passing. It looks forward as well as back, offering a unique and unpredictable perspective on the world.

Jason Cowley has been widely credited with transforming the fortunes of the New Statesman. He is a former editor of Granta and has worked in senior roles on the Times and Observer. According to the European Press Prize, "Cowley has succeeded in revitalising the New Statesman and re-establishing its position as an influential political and cultural weekly. He has given it an edge and a relevance to current affairs it hasn't had for years." He is a three times winner of the Editor of the Year (Politics and Current Affairs) at the British Society of Magazine Editors awards.