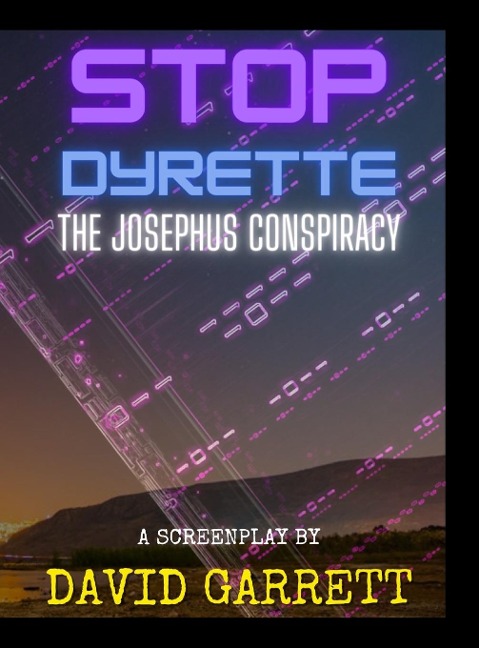 The recovery of an ancient manuscript written by Jewish historian Josephus in the first century holds the only hope for stopping tech mogul Richard Hayward from taking over the world. His niece Mags, who helped him develop the "Dyrette" technology, now opposes him at every opportunity. While in hiding she is recruited by the Israeli Secret Service to help Israel oppose her uncle. All other countries have already submitted to the Dyrette artificial intelligence and have adopted use of its biometric wafers.

Mag's develops an opposing technology for Israel and successfully thwarts her Uncle Hayward. Hayward then ups the stakes and makes plans to coerce the countries of the world who he now controls to invade Israel militarily. At the last minute, just as it looks as if everything is lost, the meaning of the Josephus Conspiracy revealed in the manuscript becomes clear and help arrives.

The title The Josephus Conspiracy inherently promises intrigue and action, and this script delivers on both fronts. This is a narrative that spans the globe and has a diverse cast of colorful characters. This is certainly a script that demands audience attention to keep up with all the twists and turns of the plot, but it manages to be a plot-focused story without sacrificing interesting characters with great motivations and original personalities.

Ultimately it is the concept and the mystery at the heart of this story that makes it so compelling. Uncovering this conspiracy with life or death stakes really makes the pages fly by, and the various settings act as a palette cleanser, keeping things fresh. It's a difficult balance to strike between dripping out information and stringing an audience along with mysterious elements. On the whole, this is a wildly inventive idea with a characters and plot points that feel real and original. The pacing is sharp and the scope epic. With all these elements at play, you can't help have a good time with The Josephus Conspiracy.