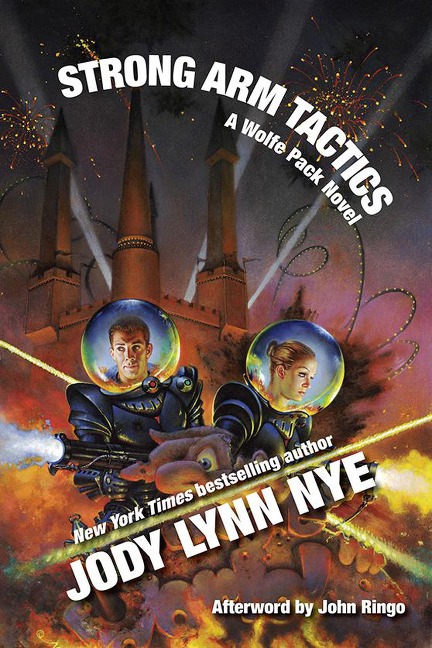 The Wolfe Pack is military SF with a twist!

The auxiliary scout platoon known as the Cockroaches contains all the outsiders and oddballs the Galactic Defense Force doesn't want to have to deal with, but can't find a way to discharge from the Space Service. They're savvy, street-smart, wise (if not book-learned), intelligent, survival-oriented, and completely unconventional. Lt. David Wolfe is their new CO: young, idealistic, and gung-ho, but even he has a secret that forced Central Command to shift him out of the line of fire.

The Cockroaches get sent on what ought to be a simple courier mission to the greatest amusement park in the Galaxy, and end up defending the population from a ruthless enemy in the only way the Cockroaches know how: unconventionally!

Summary of Tears to Triumph