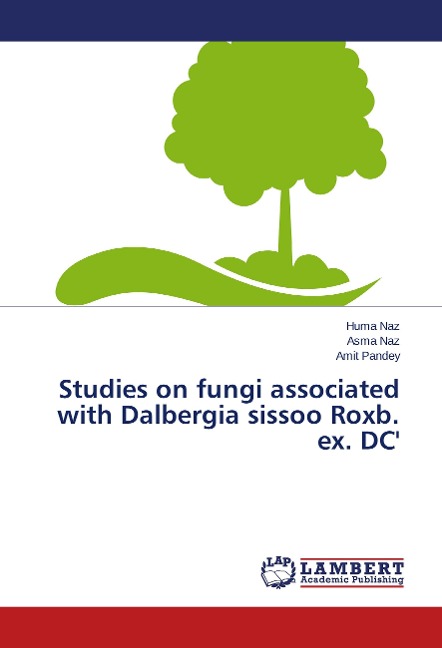 Dalbergia sissoo occurs throughout the sub- Himalayan tract and outer Himalayan valleys Indus to Assam, usually up to a height of 900m. It occurs in the plains in many parts of India. The teak wood is preferred sp. (sissoo) cabinet and furniture. The tree height is 45-60 feet and it spreads 30-45 feet. Seed of Dalbergia sissoo were collected from 10 locations in Bihar. The seeds were plated on PDA medium and observed for the growth of fungus after 5-10 days of incubation. The results show six genus of fungi viz. Alternaria alternata, Penicillium citrinum, Helmenthosporium sp., Curvularia lunata, Geotricum, sterile mycelium. The Soil were also taken from the above 10 locations near the roots and Fusarium sp. which is pathogen to Delbergia was isolated from two locations. In these locations some of the trees were not vigorous. It is likely that Fusarium may be causing some wilting disease in the trees. Further studies are requested to confirm from the xylem tissue of stem of Dalbergia sissoo trees for presence of Fusarium sp. in them.