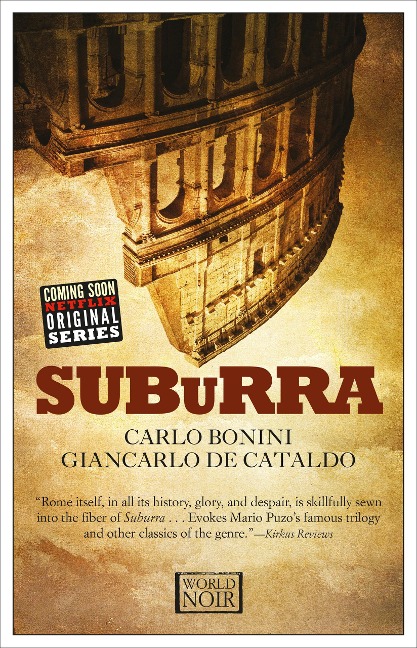 The "razor-sharp political thriller set during the dying days of Berlusconi's regime" that inspired the Netflix original series (New Statesman).

This "fast-moving crime thriller" takes a deep dive into a politically and financially corrupt contemporary Italy, where crime families, corrupt politicians, and new rabid criminal elements battle each other for control of a glittering prize-a multibillion-dollar development twenty miles from the Italian capital (Publishers Weekly).

During the final days of Silvio Berlusconi's reign, a massive development proposal that will turn the depressed coastal settlement of Ostia into a gambling paradise, a Las Vegas on the Mediterranean, is winding its way through the Italian legislature thanks to the sponsorship of politicians in the pay of crime syndicates. It's business as usual in the Italian capital. Or so it seems. A vicious gang of local thugs loyal to nobody but themselves is insisting on a bigger cut than agreed upon. The Mafia and their political puppets aren't going to back down without a fight. And one policeman, pushed to the sidelines, may not be able to stop an all-out war...

With a plot that "thrills from the get-go," Suburra is a compelling work of international crime fiction and the inspiration for the popular Netflix series of the same name (New Statesman).

"A novel of Rome, meaning that the city itself, in all its history, glory, and despair, is skillfully sewn into the fiber of the tale.... Evokes Mario Puzo's famous trilogy and other classics of the genre." -Kirkus Reviews

Carlo Bonini is a staff writer at the Italian national daily, La Repubblica.