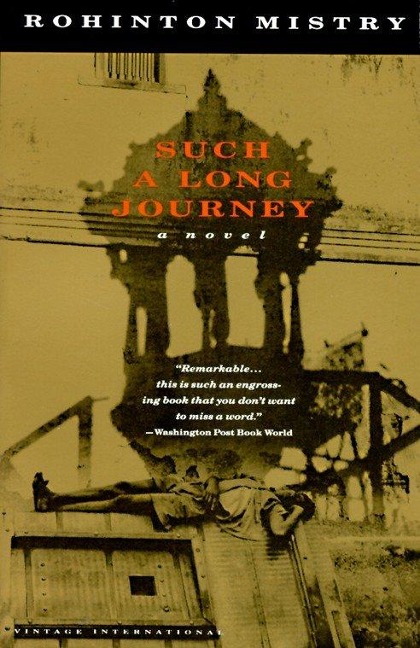 Such a Long Journey

It is Bombay in 1971, the year India went to war over what was to become Bangladesh. A hard-working bank clerk, Gustad Noble is a devoted family man who gradually sees his modest life unravelling. His young daughter falls ill; his promising son defies his father's ambitions for him. He is the one reasonable voice amidst the ongoing dramas of his neighbours. One day, he receives a letter from an old friend, asking him to help in what at first seems like an heroic mission. But he soon finds himself unwittingly drawn into a dangerous network of deception. Compassionate, and rich in details of character and place, this unforgettable novel charts the journey of a moral heart in a turbulent world of change.