SUMMARY OF White Fragility: Why It's So Hard for White People to Talk About R... – Made Press | buch7 – Der soziale Buchhandel
Bitte warten ... 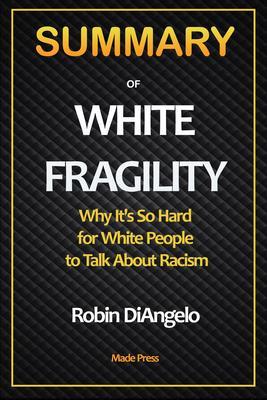 SUMMARY OF White Fragility: Why It's So Hard for White People to Talk About Racism

White Fragility: Why It's So Hard For White People To Talk About Racism | Book Summary | Made Press

Robin DiAngelo Proves that Beyoncé is Right in Her New York Times Bestselling Book. Have you ever wondered why the issue of racism has remained a problem for several decades in the United States despite perceived efforts individually and collectively to stop racism?

In what ways have our culture taught us racism and white superiority in spite of the belief held by most whites that we're not racists and at the same time making obvious racist comments or actions?

It's all about white fragility!

In the book "White Fragility: Why It's So Hard For White People To Talk About Racism", Robin DiAngelo deftly illuminates the phenomenon of white fragility and "allows us to understand racism as a practice not restricted to 'bad people'. Referring to the defensive moves that white people make when challenged racially. According to Robin, white fragility is characterised by emotions such as anger, fear, and guilt, and by behaviours including argumentation and silence.

Executive Summary of the original book

Key Points of each chapter and

Action Plans of Each Chapters

Disclaimer: This is a summary, review of the book "White Fragility" and not the original book.