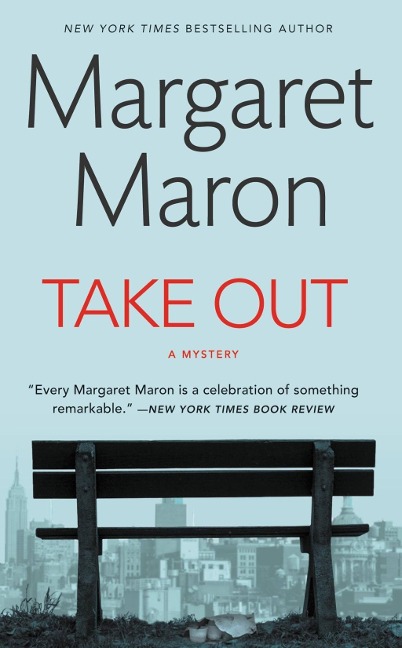 "Every Margaret Maron is a celebration of something remarkable." -- New York Times Book Review

NYPD Detective Sigrid Harald is still reeling from the untimely death of her lover, acclaimed painter Oscar Nauman, when she is called to investigate the poisoning of two homeless men in the West Village. As she examines the mysterious deaths, Sigrid uncovers a grim neighborhood scandal surrounding two influential women: one a haughty mafia widow, the other a retired opera prima donna, both with dark secrets they've kept under wraps for decades. Was the poison really meant for the homeless men, or were they merely unintended victims as the decades-long feud between the two women comes to a head?

And still, Sigrid can't stop wondering what brought her late lover so urgently across the country to the winding mountain road that took his life--until she meets a man who may hold the answers she seeks . . . .

"Of today's series writers none has been more successful at weaving the bond between star and audience than Margaret Maron." -- San Diego Union-Tribune
E-Book 06/2017

Margaret Maron grew up in the country near Raleigh, North Carolina, but for many years lived in Brooklyn, New York. When she and her artist husband returned to the farm that had been in her family for a hundred years, she began a series based on her own background. The first book, Bootlegger's Daughter, became a Washington Post bestseller that swept the major mystery awards for its year -- winning the Edgar, Agatha, Anthony, and Macavity Awards for Best Novel -- and is among the 100 Favorite Mysteries of the Century as selected by the Independent Mystery Booksellers Association.

Later, her Deborah Knott novels Up Jumps the Devil, Storm Track, and Three-Day Town each also won the Agatha Award for Best Novel. Margaret is also the author of the Sigrid Harald series of detective novels. In 2008, Maron received the North Carolina Award for Literature, the highest civilian honor the state bestows on its authors. And in 2013, the Mystery Writers of America celebrated Maron's contributions to the mystery genre by naming her a Grand Master -- an honor first bestowed on Agatha Christie. To find out more about her, you can visit MargaretMaron.com.