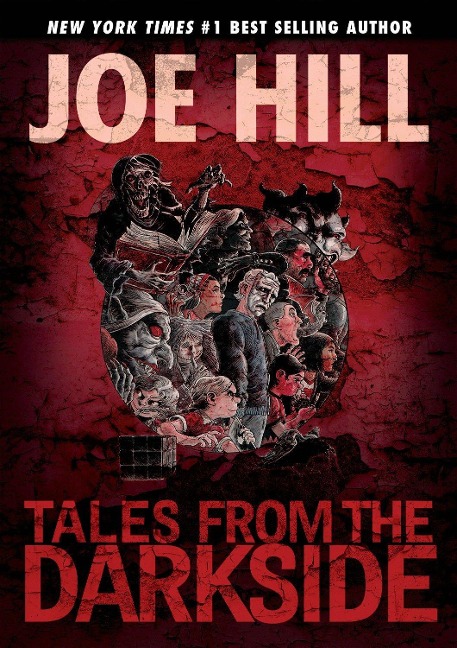 Tales from the Darkside: Scripts by Joe Hill

The storied history of TALES FROM THE DARKSIDE winds ever darker and weirder with this collection of scripts by Joe Hill, from the never-broadcast 2015 television reboot. TV's loss is your gain as these all-new tales break out of the shadows and spring to vivid life at Hill's command, accompanied by striking illustrations provided by Charles Paul Wilson III (Wraith). With creepy kids, illegal experiments, twist endings, and just desserts, fans of horror, Darkside, and Hill will not be disappointed.

Joe Hill is the #1 New York Times bestselling author of Full Throttle, The Fireman, Heart-Shaped Box, and NOS4A2, recently made into a TV series from AMC. His horror novella In the Tall Grass, co-written with Stephen King, was made into a feature film from Netflix. His book of short stories, 20th Century Ghosts, won the Bram Stoker Award and British Fantasy Award for Best Collection. He earned the Eisner Award for Best Writer for his long-running comic book series, Locke & Key, featuring the eye-popping art of Gabriel Rodríguez.

Born in Santiago, Chile, Gabriel Rodríguez began working as an illustrator in the late 90s and in 2002 started drawing books for IDW Publishing, including CSI, George Romero's Land of the Dead, and Beowulf, amongst others. In 2007, he co-created the award-winning series Locke & Key with Joe Hill. He continued developing other creator-owned projects: the Eisner-winning Little Nemo: Return to Slumberland, with Eric Shanower; Sword of Ages; and the gritty sci-fi adventure Onyx, with Chris Ryall. In 2019, he partnered with Hill once again for two new Locke & Key stories, "Dog Days" and "Nailed It."