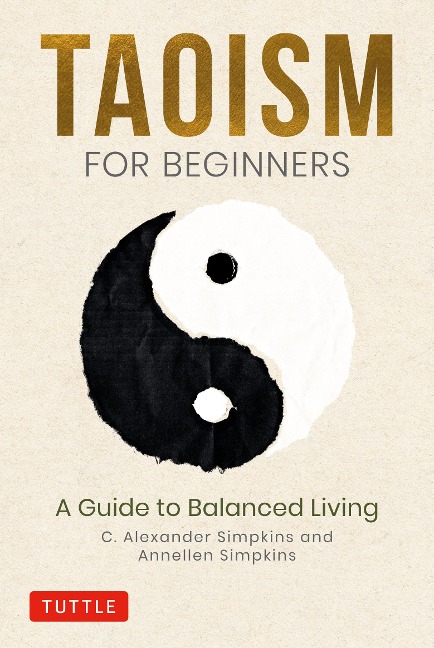 A Guide to Balanced Living

Taoism for Beginners is a practical guide to applying the key notions, concepts and beliefs underlying Taoism's various branches and schools.

Authors C. Alexander and Annellen Simpkins tap into their years of training and study in meditation, martial arts and Eastern philosophy to provide readers with a comprehensive introduction to the spiritual tenets and attainments that mark the holistic pathway to a life more in balance.

This new edition has been updated by the author to include the connections between Taoism and mindfulness and meditation, as well as ritualized practices to heighten mind-body connection in order to control chi (energy). Taoist principles and concepts have guided people on the path to harmony, wholeness, balance and greater well-being for millennia. This beginning resource makes an ancient religion, its practices and history accessible for a twenty-first century reader.
E-Book 01/2021

Drs. C. Alexander and Annellen Simpkins have been involved with Eastern philosophy for over thirty years. They were first introduced to these ideas through the practice of martial arts which they began in the 1960s, and their interest continued to deepen over time. As psychologists they have specialized in studies of the mind as well as hypnosis. They are authors of numerous books on Eastern philosophy including a series on meditation: Principles of Meditation, Living Meditation and Meditation from Thought to Action, a historical and practical book on Zen entitled Zen Around the World, and the Simple series on different Eastern philosophies: Simple Zen, Simple Taoism, Simple Confucianism, Simple Buddhism, and Simple Tibetan Buddhism. Dr. Simpkins lives in San Diego.