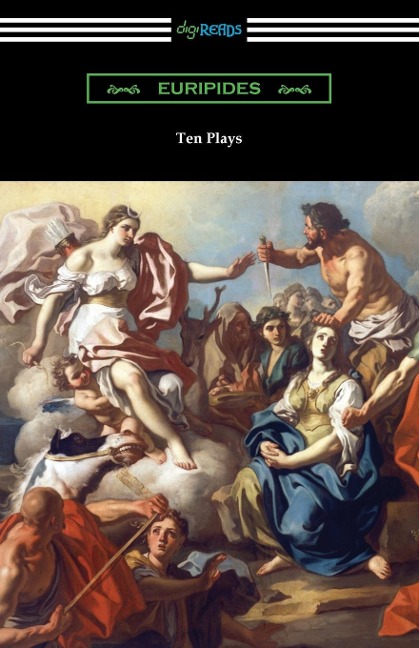 Of Euripides' roughly ninety-two plays, only seventeen tragedies survive. Both ridiculed and lauded during his life, Euripides now stands as one of the greatest innovators of Greek drama. Collected here are ten of Euripides' most important tragedies in prose translation by Edward P. Coleridge. In the first play in this collection, "The Alcestis", Euripides expands upon the myth of Princess Alcestis at the time of her death. "Medea", tells the horrific tale of a woman who seeks revenge on her husband by killing her children. "Hippolytus" relates the tragedy of its titular character, son of Theseus, and his tragic fall at the hands of Phaedra. "Andromache" dramatizes the life of a Greek slave in the years after the Trojan War. In "Ion" we discover the divine origins of an orphan. "The Trojan Women" is the most complete surviving play of Euripides' Trojan War trilogy in which we learn of the fates of the women of Troy following its sacking. In "Electra" we find the daughter of a slain king plotting her revenge. "Iphigenia Among the Taurians" relates how Agamemnon's daughter Iphigenia is saved from sacrifice and travels to Tauris to meet her brother Orestes. "The Bacchae" tells the tragic consequences for King Pentheus of Thebes and his mother Agave for their persecution of Dionysus worshippers. Finally in "Iphigenia at Aulis" we have the classic myth of Agamemnon before and during the Trojan War and his decision to sacrifice his daughter Iphigenia. Together these plays represent the brilliance of one of classical antiquity's greatest playwrights. This edition is printed on premium acid-free paper.