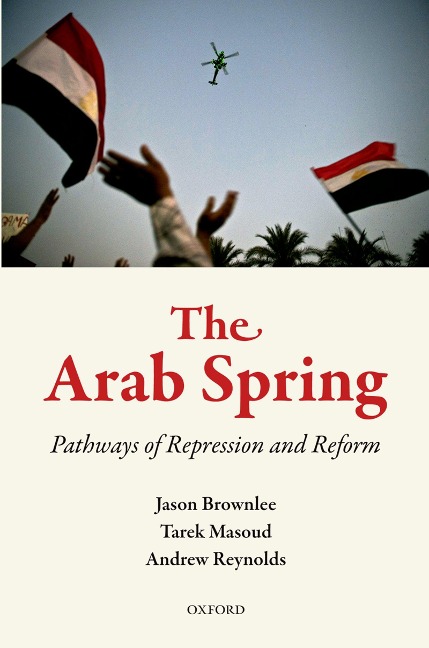 Pathways of Repression and Reform

Several years after the Arab Spring began, democracy remains elusive in the Middle East. The Arab Spring that resides in the popular imagination is one in which a wave of mass mobilization swept the broader Middle East, toppled dictators, and cleared the way for democracy. The reality is that few Arab countries have experienced anything of the sort. While Tunisia made progress towards some type of constitutionally entrenched participatory rule, the other countries
that overthrew their rulersEgypt, Yemen, and Libyaremain mired in authoritarianism and instability. Elsewhere in the Arab world uprisings were suppressed, subsided or never materialized.
The Arab Springs modest harvest cries out for explanation. Why did regime change take place in only four Arab countries and why has democratic change proved so elusive in the countries that made attempts? This book attempts to answer those questions. First, by accounting for the full range of variance: from the absence or failure of uprisings in such places as Algeria and Saudi Arabia at one end to Tunisias rocky but hopeful transition at the other. Second, by examining the deep historical and
structure variables that determined the balance of power between incumbents and opposition.
Brownlee, Masoud, and Reynolds find that the success of domestic uprisings depended on the absence of a hereditary executive and a dearth of oil rents. Structural factors also cast a shadow over the transition process. Even when opposition forces toppled dictators, prior levels of socioeconomic development and state strength shaped whether nascent democracy, resurgent authoritarianism, or unbridled civil war would follow.

Jason Brownlee is an associate professor of Government and Middle Eastern Studies at the University of Texas at Austin.  His current focus is on violence during political transitions and U.S.-Egyptian relations.

Andrew Reynolds is an Associate Professor of Political Science at UNC Chapel Hill and the Chair of Global Studies. He received his M.A. from the University of Cape Town and his Ph.D. from the University of California, San Diego. His research and teaching focus on democratization, constitutional design and electoral politics. He is particularly interested in the presence and impact of minorities and marginalized communities.

Introduction; 1 Theorizing the Arab Spring; 2 Lineages of Repression; 3 Breakdowns and Crackdowns; 4 Post-Revolutionary Players and Pathways; 5 Institution-making in the shadow of revolution

All That Heaven Allows