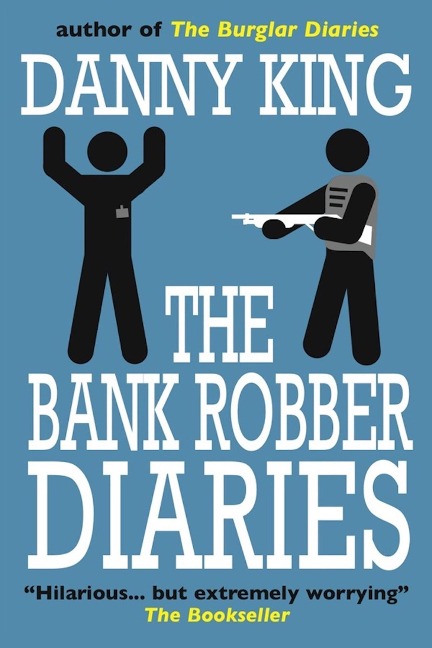 But when Gavin Benson gets sent down for 15 years, the somewhat unprofessional trio of Chris, Sid and Vince are left without a ringleader. As if Chris hasn't got enough problems, his adulterous partner Debbie is spending money faster than he can steal it, his sexually frustrated sister-in-law needs a man about the house and the Neighbourhood Watch Scheme want to sign him up for a tour of duty.

With more cock-ups than hold ups, The Bank Robber Diaries is every bit as hilarious and wickedly un-PC as Danny King's best-selling debut, The Burglar Diaries, and guaranteed to leave you laughing all the way to the bank.

'One of the few writers to make me laugh out loud' - David Baddiel, comedian

'Hilarious, if morally dubious. Well worth buying - and definitely worth half-inching' - GQ

'Low on morals but big on laughs' - BBM

'If you like your humour raw, rude and raucous, The Bank Robber Diaries will leave you wanting more' - Yorkshire Evening Post