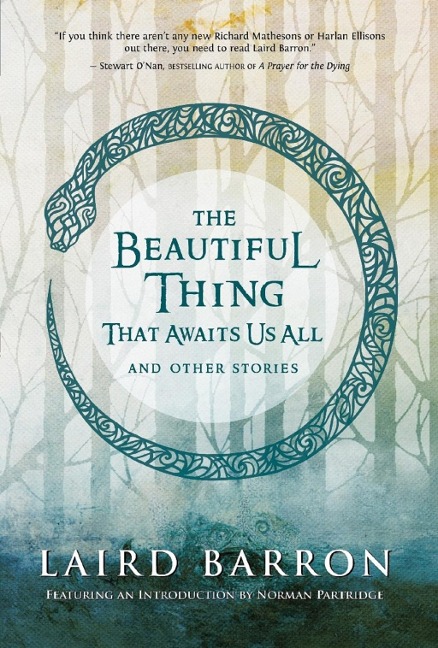 The Beautiful Thing That Awaits Us All

Over the course of two award-winning collections and a critically acclaimed novel, The Croning, Laird Barron has arisen as one of the strongest and most original literary voices in modern horror and the dark fantastic. Melding supernatural horror with hardboiled noir, espionage, and a scientific backbone, Barron's stories have garnered critical acclaim and have been reprinted in numerous year's best anthologies and nominated for multiple awards, including the Crawford, International Horror Guild, Shirley Jackson, Theodore Sturgeon, and World Fantasy awards.