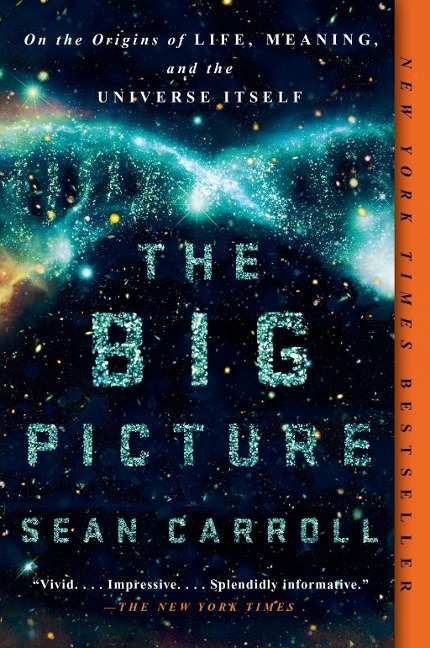 On the Origins of Life, Meaning, and the Universe Itself

The instant New York Times bestseller about humanity's place in the universe-and how we understand it.

Already internationally acclaimed for his elegant, lucid writing on the most challenging notions in modern physics, Sean Carroll is emerging as one of the greatest humanist thinkers of his generation as he brings his extraordinary intellect to bear not only on Higgs bosons and extra dimensions but now also on our deepest personal questions: Where are we? Who are we? Are our emotions, our beliefs, and our hopes and dreams ultimately meaningless out there in the void? Do human purpose and meaning fit into a scientific worldview?

In short chapters filled with intriguing historical anecdotes, personal asides, and rigorous exposition, readers learn the difference between how the world works at the quantum level, the cosmic level, and the human level-and then how each connects to the other. Carroll's presentation of the principles that have guided the scientific revolution from Darwin and Einstein to the origins of life, consciousness, and the universe is dazzlingly unique.

Carroll shows how an avalanche of discoveries in the past few hundred years has changed our world and what really matters to us. Our lives are dwarfed like never before by the immensity of space and time, but they are redeemed by our capacity to comprehend it and give it meaning.

The Big Picture is an unprecedented scientific worldview, a tour de force that will sit on shelves alongside the works of Stephen Hawking, Carl Sagan, Daniel Dennett, and E. O. Wilson for years to come.

SEAN CARROLL is a theoretical physicist at the California Institute of Technology. He received his PhD in 1993 from Harvard University. Recently, Carroll has worked on the foundations of quantum mechanics, the arrow of time, and the emergence of complexity. He has been awarded prizes and fellowships by the National Science Foundation, NASA, the Alfred P. Sloan Foundation, the David and Lucile Packard Foundation, the American Physical Society, the American Institute of Physics, and the Royal Society of London. His most recent award, in 2014, was from the Freedom From Religion Foundation. Carroll has appeared on The Colbert Report (twice), PBS's NOVA, and Through the Wormhole with Morgan Freeman, and he frequently serves as a science consultant for film and television. He has been interviewed by various NPR shows, Scientific American, Wired, and The New York Times. He has given a TED talk on the multiverse that has more than one million views, and he has participated in a number of well-attended public debates concerning material in his new book, including one in New York City in 2014 with Eben Alexander.

Arlo Finch in the Kingdom of Shadows