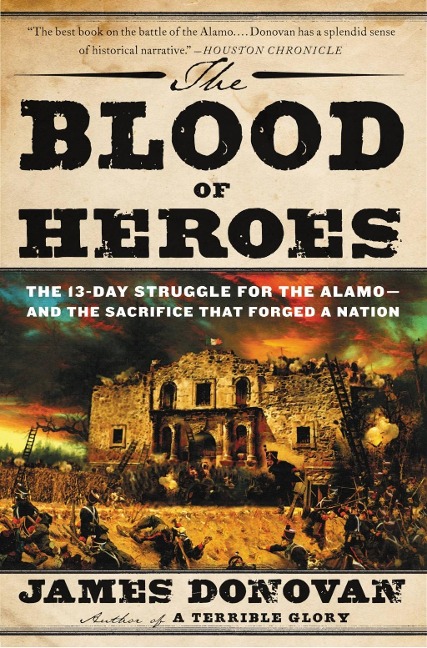 The Blood of Heroes

On February 23, 1836, a large Mexican army led by dictator Santa Anna reached San Antonio and laid siege to about 175 Texas rebels holed up in the Alamo. The Texans refused to surrender for nearly two weeks until almost 2,000 Mexican troops unleashed a final assault. The defenders fought valiantly-for their lives and for a free and independent Texas-but in the end, they were all slaughtered. Their ultimate sacrifice inspired the rallying cry "Remember the Alamo!" and eventual triumph.

Exhaustively researched, and drawing upon fresh primary sources in U.S. and Mexican archives, The Blood of Heros is the definitive account of this epic battle. Populated by larger-than-life characters -- including Davy Crockett, James Bowie, William Barret Travis -- this is a stirring story of audacity, valor, and redemption.
E-Book 05/2012

James Donovan is the author of the bestselling books The Blood of Heroes: The 13-Day Struggle for the Alamo -- and the Sacrifice That Forged a Nation and A Terrible Glory: Custer and the Little Bighorn - the Last Great Battle of the American West. He lives in Dallas, Texas.

I am because you are