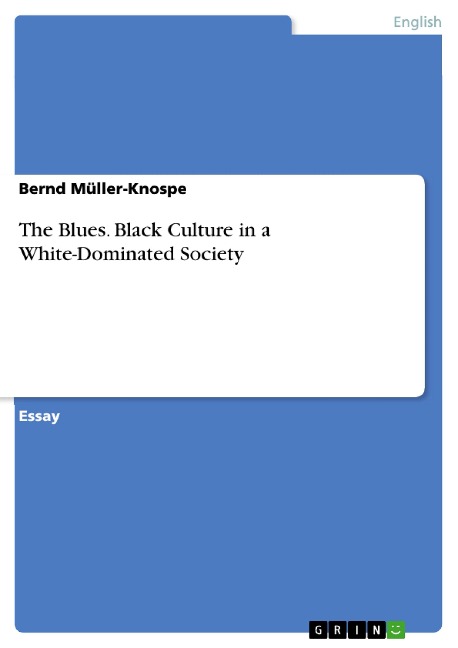 The Blues. Black Culture in a White-Dominated Society

Essay from the year 2017 in the subject American Studies - Culture and Applied Geography, , language: English, abstract: This essay tries to give an overview of the development of the blues from the way African-Americans played it in the Mississippi delta to its changes in Chicago and to its final recognition in Europe and internationally as an important influence on almost all kinds of contemporary music. At the same time it tries to show the connection of black music with the economic and cultural situation of its artists.

On the background of this miserable life a wide variety of cultural activities developed. West-African musical traditions blended with Western European musical influences to become a distinctly African-American music in the form of work songs, spirituals to accompany black church services and finally the blues. Most sources agree that the blues as a distinct art form came into existence in the 1890s.

"Feeling blue" is the expression of the frustration and sadness of the black population about discrimination, injustice, violence and their complete exclusion from the American Dream. They knew they would always be dishwashers and never make it to be millionaires, with very few exceptions, and this was expressed in their songs.