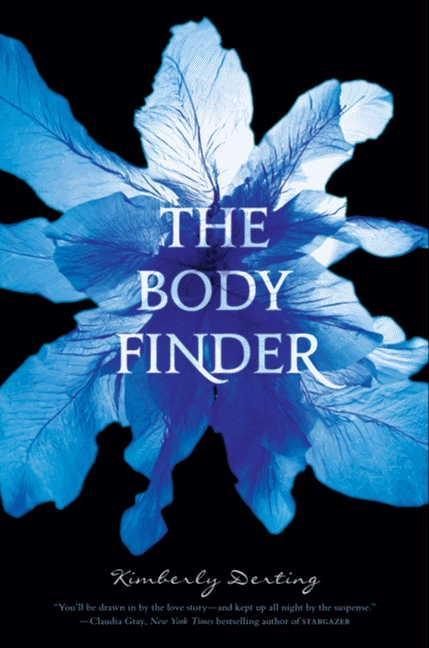 The first book in the Body Finder series from Kimberly Derting is equal parts romance and mystery.

Sixteen-year-old Violet is hiding two secrets. The first is her confusing new feelings for her childhood best friend Jay. The second is her unusual ability to sense the dead...and the people who killed them. Violet has never considered her morbid ability to be a gift, but when a serial killer begins terrorizing her small town, Violet realizes she may be the only person who can stop him.

Ever protective of her, Jay agrees to help Violet, and as they search, Violet realizes she isn't the only one whose emotions have changed. But as they fall in love, Violet is also getting closer and closer to discovering the killer...and becoming his prey herself.

The Body Finder is the compulsive first book in the four-book Body Finder series by Kimberly Derting.

Kimberly Derting is the author of the Cece Loves Science series, the Body Finder series, the Pledge trilogy, and the Taking series. She lives in the Pacific Northwest, where the gloomy weather is ideal for writing anything dark and creepy. Her three beautiful (and often mouthy) children serve as an endless source of inspiration and frequently find things they say buried in the pages of their mother's books. You can visit her online at www.kimberlyderting.com.

The Science of Jurassic World

First, We Make the Beast Beautiful