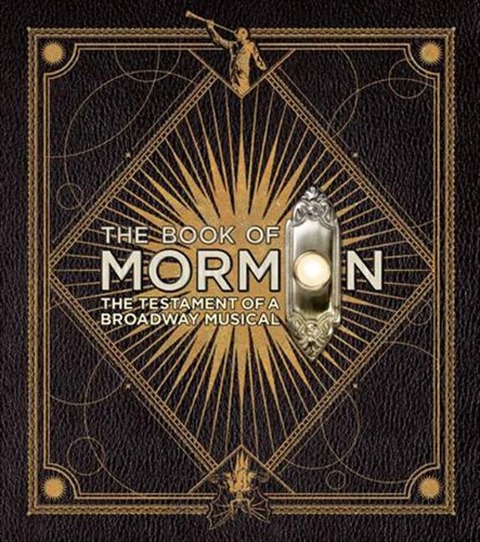 The Book of Mormon: The Testament of a Broadway Musical

"The best musical of this century. Heaven on Broadway. The Book of Mormon achieves something like a miracle."
—Ben Brantley, New York Times

"A crowning achievement. A huge smash success. So good it makes me angry.—Jon Stewart, The Daily Show

The biggest Broadway hit in decades—the brilliant brainchild of South Park creators Trey Parker and Matt Stone, and Avenue Q co-creator Robert Lopez—The Book of Mormon is delighting theatergoers nightly with its outrageous irreverent humor and surprising heart. Cleverly designed in the same fun spirit as the show, this official, full-color illustrated coffee table book takes readers behind the scenes with stories from the cast, creators, and crew. Included are the complete book and lyrics to the smash hit Broadway musical, extensively annotated, plus an original introduction by theater critic and author author Steven Suskin about the creation of the show that Rolling Stone declares "is on its march into legend."

Trey Parker and Matt Stone, the creators of South Park, met Bobby Lopez, the co-creator of Avenue Q, in 2003. That meeting inspired them to create a musical comedy that the New York Times would one day call "the best musical of this century."