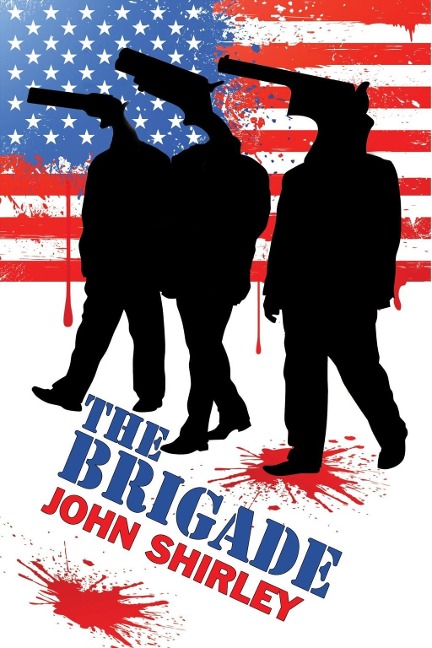 Saturday night in sleepy ultraconservative Salton, Oregon has turned terrifying. For thirteen weeks a killer has struck and a young woman has been viciously murdered. With all-American gumption and a lack of concern of legal niceties, the town has taken things into its own hands and formed the Town Security Brigade. Sure enough, the good-old-boy vigilantes seem to have scared the psychokiller away -- until reporter Anna Wimple shows up asking questions about the Brigade's rough justice. Anna becomes victim number fourteen -- or does she? No one is going to find out because the Brigade covers up her death.

As the power of the Brigade grows, only two of Salton's residents seem to have the courage to stand against them. Tony -- 18 years-old, precocious, bright, anti-authoritarian -- and Sonja, his beautiful 25-year-old high school principal. As they uncover the truth, they mark themselves for death. Sonja is abducted and Tony -- with the help of doper mechanic Hustle Brodyboy -- must find her.