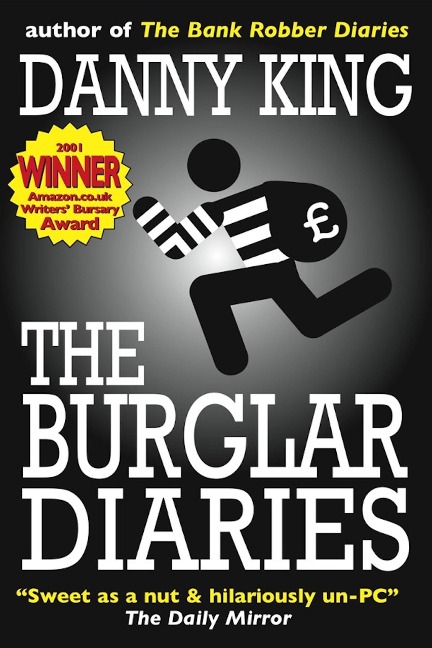 The Burglar Diaries (The Crime Diaries, #1)

Bristling with a razor-sharp wit and dubious observations, The Burglar Diaries is the first person account of Bex, a two-bit crook who makes his living from house-breaking in small-town suburbia. Not the sharpest of tools in the box, Bex and his partner, Ollie, get into their fair share of scrapes as they trawl the night looking for open windows and easy money. A lippy raconteur, Bex often shares his thoughts on life, which are as dodgy as his mates, to offer a hilarious insight into the mind of the petty criminal.

Adapted for TV by the BBC.

"King wisely stop short of turning Bex into a simple lovable rogue. He continually slags off everyone else in the book, including his friends, yet is himself utterly egocentric, immoral, disloyal and stupid, so that his narrative offers ambiguous pleasures" - The Independent

"Hilariously un-PC account of the jobs he has known and loved - the line-ups, the lock-ups and cock-ups. If ever there was an antidote to Bridget Jones's Diary this is it" - The Mirror

"... a collection of very funny burglary blunders in which King successfully humanises a bunch of people often considered to be worthless, gutless b*stards. Wonderful therapy for anyone who has been a victim of crime and one of the best reads of the year" - The Big Issue In the North