The Case for Animal Rights

"Aristotle, Aquinas, Descartes, Kant, Bentham, Mill: all thought seriously about the role of animals in our lives. But not until Tom Regan published "The Case for Animal Rights did the world possess a theory of the rights of animals. When philosophy students come to this issue hundreds of years from now, they will read the greats in light of the arguments presented here."--Gary L. Comstock, editor of "Life Science Ethics

"A bold and nuanced analysis of the inherent value and moral standing of nonhuman animals. It may also be the most consistent and unyielding defense of animal rights."--Tom L. Beauchamp, Georgetown University

"The most powerful and plausible consideration of the issues and defense of animal rights yet to be produced (or likely to be)."--Richard Wasserstrom

"By far the best work on the subject, and will continue to be the definitive work for years to come . . . .[It is] destined to become a 'modern classic' in the field of ethics, alongside Rawls's "A Theory of Justice and Nozick's "Anarchy, State, and Utopia."--Alastair S. Gunn, coauthor of "Hold Paramount 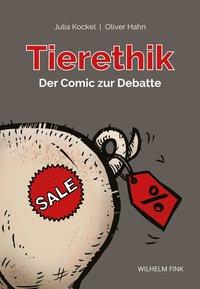 Introduction to Animal Rights: Your Child or th...