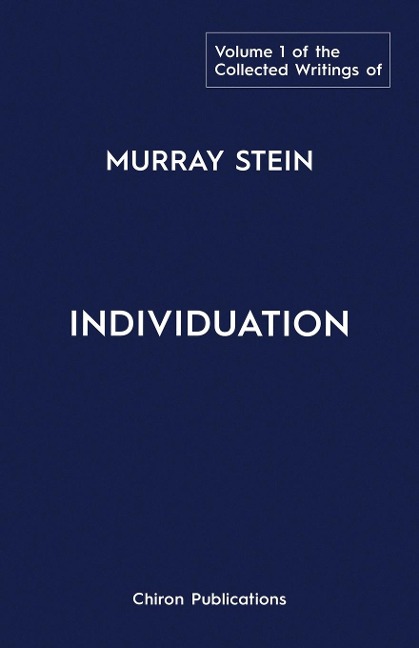 The Collected Writings of Murray Stein

Dr. Murray Stein's prolific career has produced a substantial body of writings, lectures, and interviews.  His writings, captured in these volumes, span a wide domain of topics that include writings on Christianity, Individuation, Mid-life, the practice of Analytical Psychology, and topics in contemporary society.  His deep understanding of Analytical Psychology is much more than an academic discourse, but rather a deeply personal study of Jung that spans nearly half a century.
The unifying theme of the papers collected in this volume is the individuation process as outlined by C.G. Jung and adopted and extended by later generations of scholars and psychoanalysts working in the field of analytical psychology. Individuation is a major contribution to developmental psychology and encompasses the entire lifetime no matter its duration. The unique feature of this notion of human development is that it includes spiritual as well as psychosocial features. The essays in this volume explain and expand on Jung's fundamental contributions.

The Two Fold Movement of Individuation

Numinous Experience in the Alchemy of Individuation

A Tale of Initiation and Full Individuation

The Struggle with the Complexes, Personal and Cultural

Finding a Space for Individuation

Midway on Our Life's Journey: Psychological

Betrayal: A Way to Wisdom?

Moments of Meaning - Synchronicity and Individuation

On the Role of Failure in the Individuation Process

Individuation and the Politics of Nations

Where East Meets West: In the House of Individuation

Murray Stein, Ph.D., is a training and supervising Jungian psychoanalyst at ISAPZURICH and has a private practice in Zurich, Switzerland. He is the author of Jung's Map of the Soul and other books and articles.