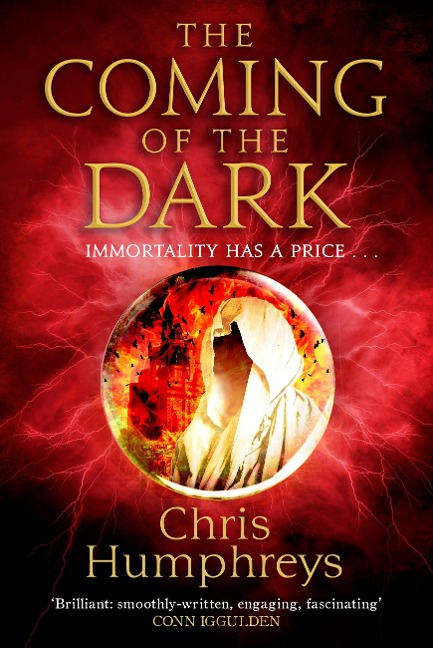 The Coming of the Dark

Three lands. Each ruled in different ways by a decadent immortal elite for their own pleasure and power. They know nothing of each other. But there is a fourth, vast land of mortals. Led by black-eyed priests, the tribes have put aside centuries of hate to unite under the prophecy of 'the One': a child saviour who is neither boy nor girl. Now they are finally ready to conquer the whole world... and wipe the immortals out.
Yet in each of those other worlds there are some who will resist, even unto a final death.
Luck, a malformed god of the Northmen, desperate to give up a drug that shows him the whole world clearly, even as it destroys his will to fight for it. Ferros, a brilliant warrior recently made immortal, torn between new and old loyalties and loves. Atisha, mother of 'the One', determined to defeat all plans that have been made for her child.
Among battles on sea and land, the fall of empires and the rise of the Mortals, will come the Triumph of the One.
But will it be a final darkness? Or is there someone who can still save the light?