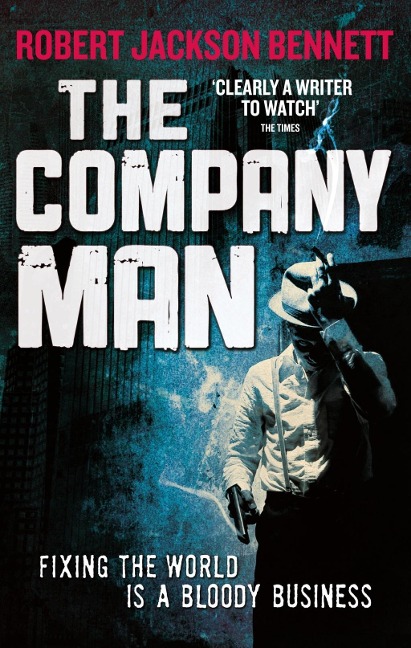 A trolley car pulls into the station with eleven dead bodies inside. Four minutes before, the factory workers were seen boarding at the previous station. Now, all are dead. And all of them are union.

The year is 1919. The McNaughton Corporation is the pinnacle of American industry. They built airships that crossed the seas. Guns that won the Great War. And above all, they built Evesden: the city of tomorrow, dominated by the immense McNaughton Tower. But something is rotten at the heart of Evesden and one man must uncover its dark secret before it all goes up in flames.

Caught between the union and the company, between the police and the victims, McNaughton investigator Cyril Hayes must find the truth behind the city of the future. Because if he doesn't . . . he's history.