Studienarbeit aus dem Jahr 2008 im Fachbereich Anglistik - Literatur, Note: 2, , Sprache: Deutsch, Abstract: When I finished reading "The Corrections" by Jonathan Franzen I wanted to know if there is a
general theme or problem that connects the Lambert's siblings. The title of book itself has a
negative connotation and makes it clear from the start that somebody already did something
wrong. By reading the title, one can already anticipate that there is something wrong.
However, it is not as Joseph Epstein suggested that the characters in the novel are because of
their problems at various times on some sort of 'correction' pill (Epstein, 2002). The
corrections or problems that the characters are trying to solve by using medical treatment
come with their own lives and experiences. However, the title indirectly presupposes that the
'hills' that needs to be overcome in their lives cannot be flattened by taking corrections.
Furthermore, the fictional place where the Lambert's house is situated, St. Jude - saint of
hopeless cases- gives further evidence that the characters do not succeed with their plans.
Yet, besides these references that are detrimental for the tension of the narrative, the question
that needs to be settled and on which the whole tension of the novel is based on; what did the
characters wrong and why did they fail? The characters must have faced some problems or
obstacles that needed to be overcome. Certainly, as the title already indicates, they failed or
did something wrong even though their problems might have been different.
Therefore, I would like to examine if there are connections between the reasons of
their failures and the mistakes they have done. Although it has been seven years since The
Corrections has been published and three years, it has been included in the Time magazine's
list of the 100 best English-language novels, not much has been written about it yet. Thus, I
mainly used the novel itself for my researches, since most of the secondary literature I found,
tried to see The Corrections as a 'Novel of Globalisation' that indirectly conveys market
regulations (James Annesley, 2006) or as a narrative that portrays Midwestern stereotypes (Poole, 2008). I don't want to look at The Corrections from a certain angle in order to
understand it; I want to look in the novel to find the connections of the Lambert's siblings
problems. 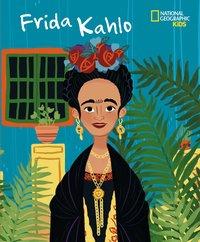 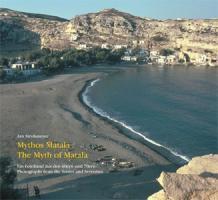 Mythos Matala / The Myth of Matala