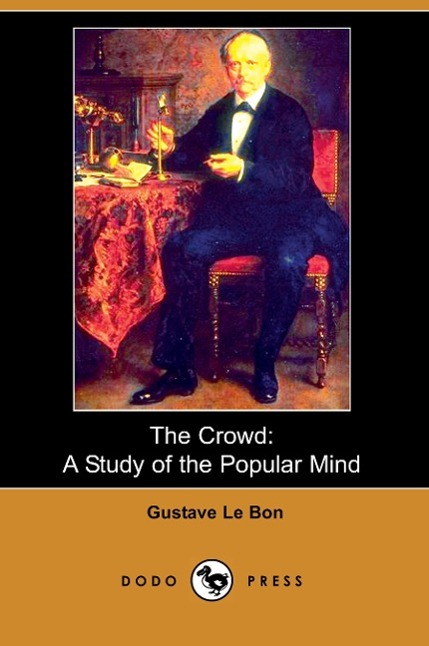 The Crowd: A Study of the Popular Mind (Dodo Press)

Gustave Le Bon (1841-1931) was a French social psychologist, sociologist, and amateur physicist. He was the author of several works in which he expounded theories of national traits, racial superiority, herd behaviour and crowd psychology. His work on crowd psychology became important in the first half of the twentieth century when it was used by media researchers to describe the reactions of subordinate groups to media. He also contributed to on-going debates in physics about the nature of matter and energy. His book The Evolution of Matter was very popular in France. His first great success however was the publication of The Psychology of Peoples (1894), the first work in which he hit upon a popularising style that was to make his reputation secure. His best selling work, The Crowd: A Study of the Popular Mind (1895) followed soon after. Le Bon was one of the great popularisers of theories of the unconscious at a critical moment in the formation of new theories of social action. Sigmund Freud's Group Psychology and the Analysis of the Ego (1922) was explicitly based on a critique of Le Bon's work.