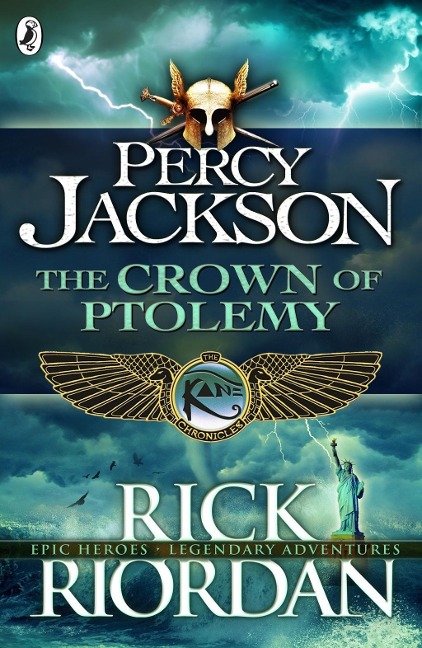 The Crown of Ptolemy

Trouble is brewing on Governor's Island...

An ancient Egyptian magician is back from the dead, experimenting with powerful magic and trying to become a god himself. It's more than Percy Jackson can handle alone - but when he teams up with Annabeth, Carter and Sadie, they find their usual weapons and spells aren't strong enough this time.

Can they rise to the challenge and take down this wannabe god, before it's too late?

Now includes an exclusive sneak preview from The Sword of Summer, the first in Rick Riordan's brand-new series, Magnus Chase and the Gods of Asgard.