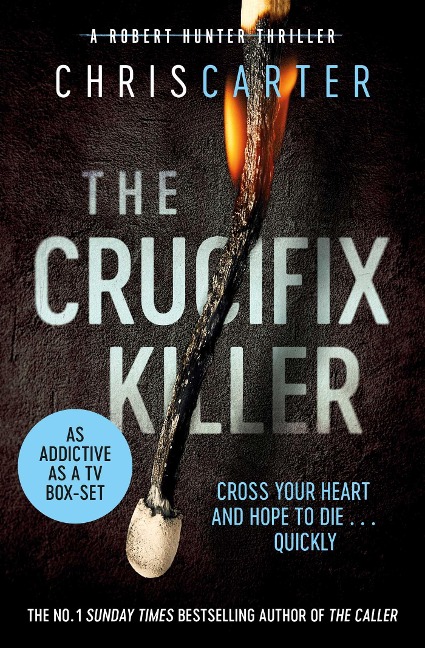 *Don't miss WRITTEN IN BLOOD, the next instalment in the compulsive Robert Hunter series from Sunday Times number one bestselling author of HUNTING EVIL - available to pre-order now!*

When the body of a young woman is discovered in a derelict cottage in Los Angeles, Robert Hunter is thrown into a nightmare case. The victim suffered a terrible death, and on the nape of her neck has been carved a strange double-cross: the signature of a psychopath known as the Crucifix Killer.

But that's impossible. Because two years ago, the Crucifix Killer was caught and executed. Could this therefore be a copycat killer? Or could the unthinkable be true? Is the real killer still out there, ready to embark once again on a vicious and violent killing spree, selecting his victims seemingly at random, taunting Robert Hunter with his inability to catch him?

Hunter and his rookie partner, Garcia, need to solve this case and fast.

'A gripping debut ... Not for the squeamish' Heat

Chris Carter is a top bestselling author in the United Kingdom, whose books include An Evil Mind, One By One, The Death Sculptor, The Night Stalker, The Executioner, and The Crucifix Killer. He worked as a criminal psychologist for several years before moving to Los Angeles, where he swapped the suits and briefcases for ripped jeans, bandanas, and an electric guitar. He is now a full-time writer living in London. Find out more on at ChrisCarterBooks.com.

The Heart is a Lonely Hunter