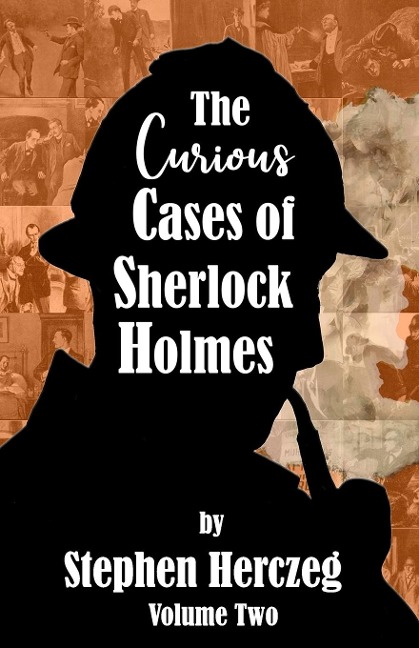 Seven further stories from the pen of emerging pastiche author Stephen Herczeg. Some have appeared in the annals of the MX Series of New Sherlock Holmes stories and the Holmes anthologies of Belanger Books, along two previously unpublished adventures.

A seemingly innocent concern from Lestrade about his cousin, leads Holmes back into a world left behind after the affair of The Five Orange Pips.
Investigating the appearance of a body at the base of Tower Bridge, unveils a hidden cult of Satanists performing ritual sacrifices, until Holmes and the British Secret Service intervenes.

Called to Scotland Yard, Holmes is re-united with an old acquaintance and dragged into a plot to undermine the Government and give its secrets to Russian spies.

Retirement provides no rest for Holmes when a scout troop discovers a partially buried corpse in the forest.

An old friend calls Holmes north to Hull to investigate a seemingly trivial matter of cheating, but one that may cause immense embarrassment to the heir to the throne.

Strong familial ties draw Holmes and Watson to Hungary for the funeral of Baron Metzengerstein, only to find that a centuries old feud between ruling houses ignites once more resulting in death and carnage.

An innocent gathering to showcase wares and food from far flung Borneo, ends with the mysterious death of the host and all evidence pointing to a native of that land.