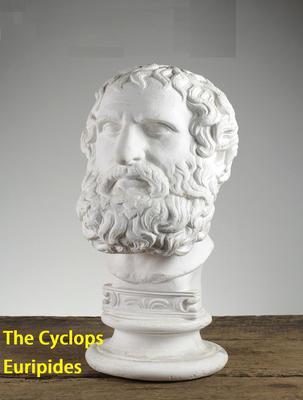 Cyclops is an ancient Greek satyr play by Euripides. This satyr play would be the fourth part of a tetralogy by Euripides, performed for the dramatic festival of 5th Century BC Athens. A satyr play was a story usually taken from epic poetry or mythology, and then adorned with a chorus of satyrs.
Euripides was a tragedian of classical Athens. Along with Aeschylus and Sophocles, he is one of the three ancient Greek tragedians for whom a significant number of plays have survived. Some ancient scholars attributed 95 plays to him but, according to the Suda, it was 92 at most.