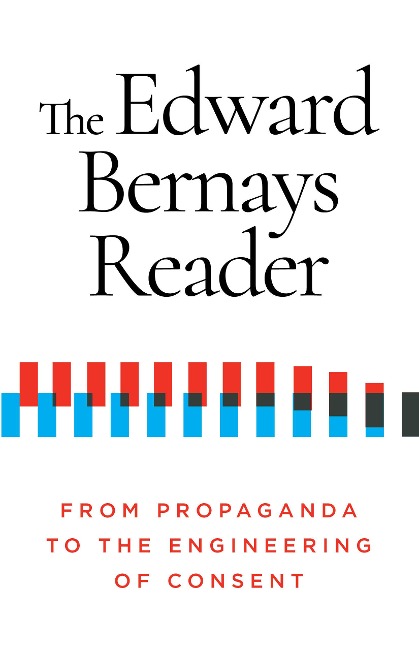 From Propaganda to the Engineering of Consent

Nicknamed "the father of public relations,” Edward Bernays (1891-1995) was a pioneer in the fields of propaganda and PR. Combining theories on crowd psychology with the psychoanalytical ideas of his uncle, Sigmund Freud, Bernays elucidated how corporations and politicians could manipulate public opinion. His seminal 1928 book, Propaganda laid out how propaganda could be used to regiment the collective mind in a variety of areas, including government, politics, art, science and education, while his 1923 classic, Crystallizing Public Opinion, set down the principles that business and government have used to influence public attitudes over the past century.

The Edward Bernays Reader: From Propaganda to the Engineering of Consent, is the first comprehensive volume of the writings of this influential and controversial figure. In addition to featuring extended excerpts from Crystallizing Public Opinion and Propaganda, this book also includes the full text of Bernays' classic 1947 essay, "The Engineering of Consent,” on the application of scientific principles and practices to the task of getting people to support ideas and programs, as well as extensive selections of his other writings on subjects including education, war propaganda, and polling. Taken together, the material in this book offers the most complete look to date at the work of a man whose ideas are considered the single most important influence on modern propaganda, public relations, and spin.

A seminal and controversial figure in the history of political thought and public relations, Edward Bernays (1891-1995), pioneered the scientific technique of shaping and manipulating public opinion, which he famously dubbed "engineering of consent." During World War I, he was an integral part of the U.S. Committee on Public Information (CPI), a powerful propaganda apparatus that was mobilized to package, advertise and sell the war to the American people as one that would "Make the World Safe for Democracy. The CPI would become the blueprint in which marketing strategies for future wars would be based upon.

Bernays applied the techniques he had learned in the CPI and, incorporating some of the ideas of Walter Lipmann, became an outspoken proponent of propaganda as a tool for democratic and corporate manipulation of the population. His best-known campaigns include a 1929 effort to promote female smoking by branding cigarettes as feminist "Torches of Freedom" and his work for the United Fruit Company connected with the CIA-orchestrated overthrow of the democratically elected Guatemalan government in 1954. He worked for dozens of major American corporations including Procter & Gamble and General Electric, and for government agencies, politicians, and non-profit organizations. Of his many books, Crystallizing Public Opinion (1923) and Propaganda (1928) gained special attention as early efforts to define and theorize the field of public relations. Citing works of writers such as Gustave Le Bon, Wilfred Trotter, Walter Lippmann, and Sigmund Freud (his own double uncle), he described the masses as irrational and subject to herd instinct-and outlined how skilled practitioners could use crowd psychology and psychoanalysis to control them in desirable ways.