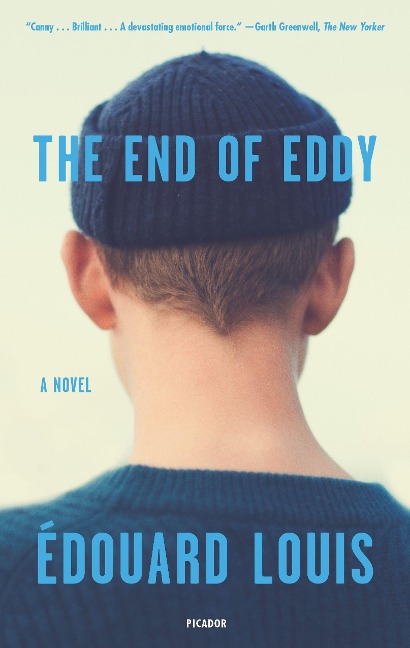 The End of Eddy

An autobiographical novel about growing up gay in a working-class town in Picardy.

"Every morning in the bathroom I would repeat the same phrase to myself over and over again . . . Today I'm really gonna be a tough guy." Growing up in a poor village in northern France, all Eddy Bellegueule wanted was to be a man in the eyes of his family and neighbors. But from childhood, he was different-"girlish," intellectually precocious, and attracted to other men.

Already translated into twenty-nine languages, The End of Eddy captures the violence and desperation of life in a French factory town. It is also a sensitive, universal portrait of boyhood and sexual awakening. Like Karl Ove Knausgaard or Edmund White, Édouard Louis writes from his own undisguised experience, but he writes with an openness and a compassionate intelligence that are all his own. The result-a critical and popular triumph-has made him the most celebrated French writer of his generation.

Édouard Louis; Translated from the French by Michael Lucey