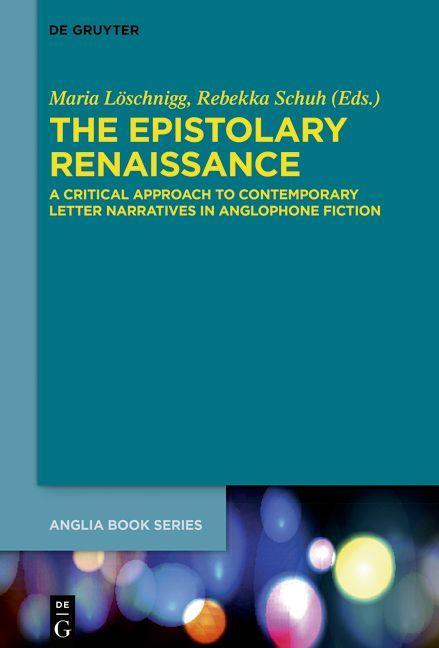 A Critical Approach to Contemporary Letter Narratives in Anglophone Fiction

Since the late twentieth century, letters in literature have seen a remarkable renaissance. The prominence of letters in recent fiction is due in part to the rediscovery, by contemporary writers, of letters as an effective tool for rendering aspects of historicity, liminality, marginalization and the expression of subjectivity vis-à-vis an 'other'; it is also due, however, to the artistically challenging inclusion of the new electronic media of communication into fiction.
While studies of epistolary fiction have so far concentrated on the eighteenth century and on thematic concerns, this volume charts the epistolary renaissance in recent literature, entering new territory by also focusing on the aesthetic implications of the epistolary mode. In particular, the essays in this volume illuminate the potential of the epistolary (including digital forms) for rendering contemporary sensitivities. The volume thus offers a comprehensive assessment of letter narratives in contemporary literature. Through its focus on the aesthetic and structural aspects of new epistolary fiction, the inclusion of various narrative forms, and the consideration of both conventional letters and their new digital kindred, The Epistolary Renaissance offers novel insight into a multi-facetted (re)new(ed) genre.