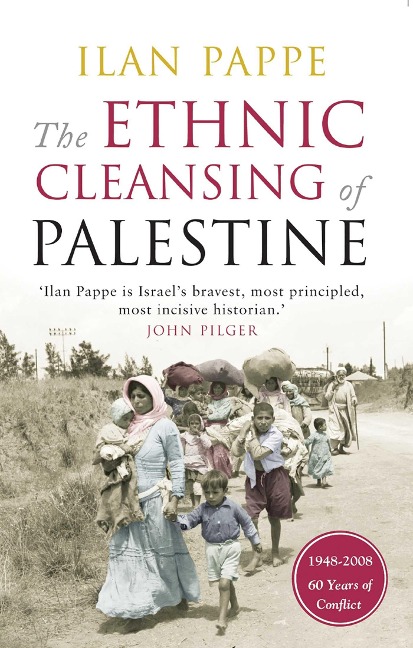 The Ethnic Cleansing of Palestine

The book that is providing a storm of controversy, from 'Israel's bravest historian' (John Pilger)

Renowned Israeli historian, Ilan Pappe's groundbreaking book revisits the formation of the State of Israel. Between 1947 and 1949, over 400 Palestinian villages were deliberately destroyed, civilians were massacred and around a million men, women, and children were expelled from their homes at gunpoint.

Denied for almost six decades, had it happened today it could only have been called "ethnic cleansing". Decisively debunking the myth that the Palestinian population left of their own accord in the course of this war, Ilan Pappe offers impressive archival evidence to demonstrate that, from its very inception, a central plank in Israel's founding ideology was the forcible removal of the indigenous population. Indispensable for anyone interested in the current crisis in the Middle East.

Ilan Pappe is an Israeli historian and socialist activist. He is a professor of history at the College of Social Sciences and International Studies at the University of Exeter in the United Kingdom, director of the university's European Centre for Palestine Studies, and co-director of the Exeter Centre for Ethno-Political Studies. He is also the author of the bestselling The Ethnic Cleansing of Palestine (Oneworld), A History of Modern Palestine (Cambridge), The Modern Middle East (Routledge), The Israel/Palestine Question (Routledge), The Forgotten Palestinians: A History of the Palestinians in Israel (Yale), The Idea of Israel: A History of Power and Knowledge (Verso) and with Noam Chomsky, Gaza in Crisis: Reflections on Israel's War Against the Palestinians (Penguin). He writes for, among others, the Guardian and the London Review of Books.

1. An 'Alleged' Ethnic Cleansing?
2. The Drive for an Exclusively Jewish State
3. Partition and Destruction: UN Resolution 181 and its Impact
4. Finalising a Master Plan
5. The Blueprint for Ethnic Cleansing: Plan Dalet
6. The Phony War and the Real War over Palestine: May 1948
7. The Escalation of the Cleansing Operations: June--September 1948
8. Completing the Job: October 1948--January 1949
9. Occupation and its Ugly Faces
10. The Memoricide of the Nakba
11. Nakba Denial and the 'Peace Process'
12. Fortress Israel

The Old Man and the Sea

Shambhala: The Sacred Path of the Warrior

Death of a Nag