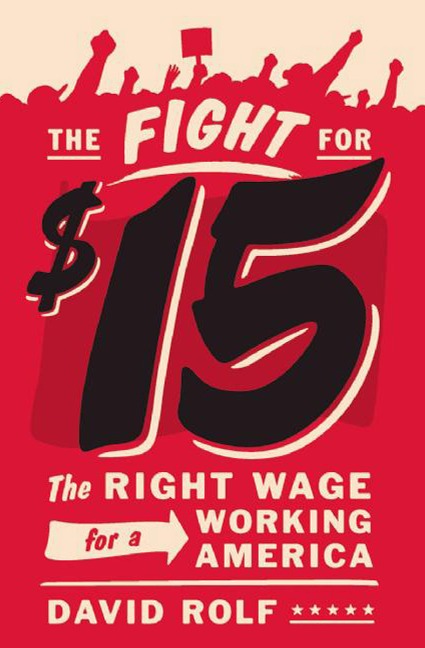 The Right Wage for a Working America

"Rolf shows that raising the minimum wage to $15 is both just and necessary, lest the American dream of middle class prosperity turn into a nightmare" (David Cay Johnston, Pulitzer Prize-winning journalist).

Combining history, economics, and commonsense political wisdom, The Fight for $15 makes a deeply informed case for a national fifteen-dollars-an-hour minimum wage as the only practical solution to reversing America's decades-long slide toward becoming a low-wage nation.

Drawing both on new scholarship and on his extensive practical experiences organizing workers and grappling with inequality across the United States, David Rolf, president of SEIU 775-which waged the successful Seattle campaign for a fifteen dollar minimum wage-offers an accessible explanation of "middle out" economics, an emerging popular economic theory that suggests that the origins of prosperity in capitalist economies lie with workers and consumers, not investors and employers.

A blueprint for a different and hopeful American future, The Fight for $15 offers concrete tools, ideas, and inspiration for anyone interested in real change in our lifetimes.

"The author's plainspoken approach and stellar scholarship illuminate in-depth discussions about the deliberate policy decisions that began to decimate the middle class at the start of the 1980s as well as the insidious new ways in which big business continues to attack American workers today via stagnant wages, rampant subcontracting, unpredictable scheduling, and other detrimental practices associated with the so-called 'share economy.'" -Kirkus Reviews

David Rolf is the president of SEIU 775, the fastest-growing union in the Northwest. He has led some of the largest organizing efforts since the 1930s, including the successful organization of 75,000 home care aides in Los Angeles. Rolf lives in Seattle.