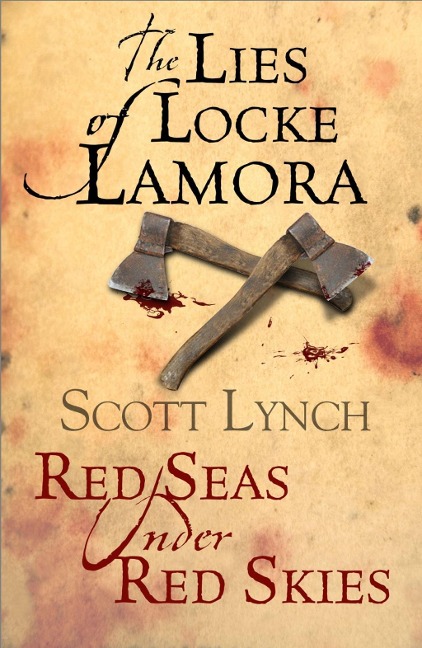 The Gentleman Bastard Books One and Two

With the long-awaited release of THE REPUBLIC OF THIEVES upon us, now is the perfect time to go back and see where it all began, in the first two books of the GENTLEMEN BASTARD series.

THE LIES OF LOCKE LAMORA:
They say that the Thorn of Camorr can beat anyone in a fight. They say he steals from the rich and gives to the poor. They say he's part man, part myth, and mostly street-corner rumor. And they are wrong on every count.

Only averagely tall, slender, and god-awful with a sword, Locke Lamora is the fabled Thorn, and the greatest weapons at his disposal are his wit and cunning. He steals from the rich - they're the only ones worth stealing from - but the poor can go steal for themselves. What Locke cons, wheedles and tricks into his possession is strictly for him and his band of fellow con-artists and thieves: the Gentleman Bastards.

RED SEAS UNDER RED SKIES:
Escaping from the attentions of the Bondsmagi Locke Lamora, the estwhile Thorn of Camorr, and Jean Tannen have fled their home city. Taking ship they arrive in the city state of Tal Varrar where they are soon planning their most spectacular heist yet; they will take the luxurious gaming house, The Sinspire, for all of its countless riches.

No-one has ever taken even a single coin from the Sinspire that wasn't won on the tables or in the other games of chance on offer there. But if anyone can, it is Locke and Jean...