The Girl Who Fell Beneath Fairyland and Led the Revels There – Catherynne M. Valente | buch7 – Der soziale Buchhandel
Bitte warten ... 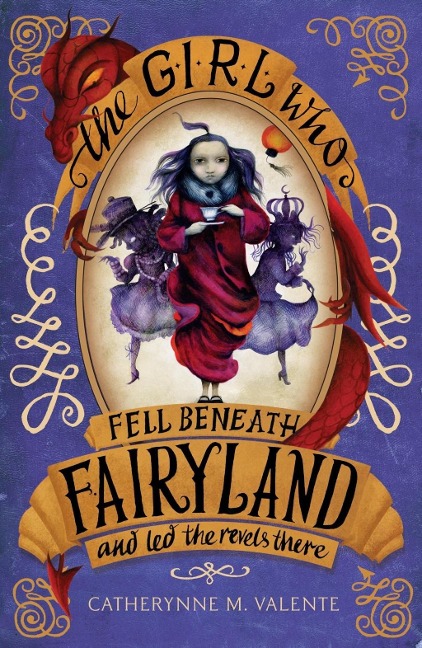 The Girl Who Fell Beneath Fairyland and Led the Revels There

In the kingdom of Fairyland-Below, preparations are underway for the annual Revels . . . but aboveground, the creatures of Fairyland are in no mood for a party.

It has been a long time since young September bid farewell to Fairyland, and she is excited to see it again; but upon her return she is shocked to find that her friends have been losing their shadows, and therefore their magic, to the kingdom of Fairyland-Below... It spells certain disaster and September won't stand for it. Determined to make amends, she travels down into the underworld where, among creatures of ice and moonlight, she encounters a face she recognizes all too well: Halloween, the Hollow Queen. Only then does September realize what she must do to save Fairyland from slipping into the mundane world forever.

Come and join in the Revels with September and her friends. But be warned: in Fairyland-Below, even the best of friends aren't always what they seem . . .

Praise for The Girl Who Circumnavigated Farilyand in a Ship of Her Own Making:

'A glorious balancing act between modernism and the Victorian Fairy Tale, done with heart and wisdom.' Neil Gaiman.

'An Alice in Wonderland for the 21st century... So effortless, so vivid, so funny. Every page has a phrase or observation to savour and her characters are wondrous creations.' Sunday Telegraph.

'A charming modern fairytale...with a knowing twinkle in its eye.' Telegraph.

'A whole esoteric world of whimsy - Alice meets the Wizard of Oz meets the Persephone story with a whiff of Narnia.' Independent on Sunday.

The Gift of a Happy Mother

Emperor of the Eight Islands

This is Not the End of the Book