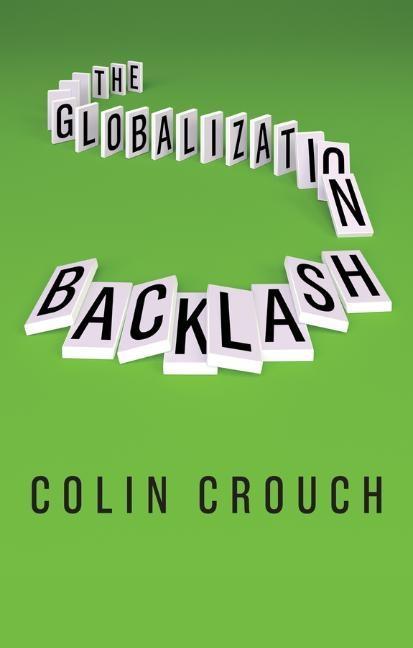 Globalization, heralded for decades as a harbinger of prosperity, faces a huge backlash. Derided by right-wing nationalists as a 'globalist' plot to undermine traditional communities, and by left-wing critics as the rule of rampaging corporations, it's become a political punching bag around the world.

In this incisive book, leading commentator Colin Crouch defends globalization against its critics to the right and left. He argues that reversing the process would mean a poorer world riven by nationalistic and reactionary antagonisms. However, globalization will only be worth saving if we institute reforms to promote social solidarity and recover pride and confidence for the cities and regions that have lost out. Crouch shows that we can therefore only save globalization from itself if we transcend the nation state and subject global economic flows to democratically responsible transnational governance.

Crouch provides a much-needed riposte to the delusions that risk plunging the world back into a zero-sum game of regressive economic nationalism, combining cool-headed analysis with a visionary call for a reformed and genuinely progressive globalization.

Colin Crouch is Professor Emeritus of the University of Warwick, and the External Scientific member of the Max Planck Institute for Social Research at Cologne.