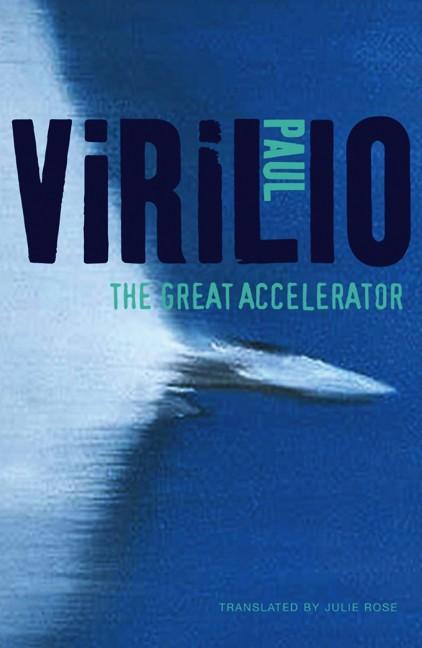 On 10 September 2008, amid much fanfare, the Great Collider run by CERN in Geneva was turned on. The Collider was supposed to fire protons around a seventeen-mile loop of tunnels, causing them to crash into one another at close to the speed of light and break into even tinier particles. Nine days later the Collider broke down and had to be switched off, the accelerator temporarily silenced, the reckless search for 'God's particle' put on hold.

At the same time the speeded-up markets of global finance, with screens of multi-coloured numbers designating the rapid flows of capital, are suddenly thrown into confusion when news spreads that the great Titan of Wall Street, Lehman Brothers, has filed for bankruptcy. Investors panic, share prices plunge and the accelerated markets of global finance seize up.

In his latest book, Paul Virilio - the leading theorist of our obsession with technology, speed and power - rewrites 'The Book of Exodus', but the exodus he talks about is no longer conducted in a single file of people headed for some possible Promised Land. It is a closed-circuit exodus within a cramped world, where reduction in human stocks will suddenly look like the only solution to the lockdown of history.

Paul Virilio is former Director of the École spéciale d'architecture in Paris.

The Insecurity of History.

Too Late for Private Life.