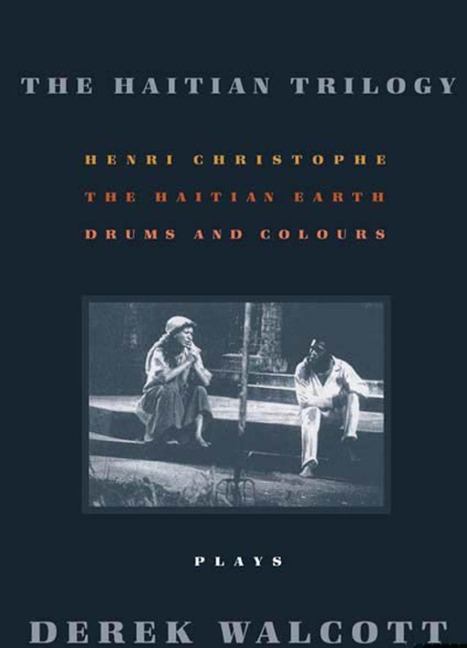 Plays: Henri Christophe, Drums and Colours, and The Haytian Earth

Plays by the Nobel-laureate, brought together for the first time

In the history plays that comprise The Haitian Trilogy--Henri Christophe, Drums and Colours and The Haytian Earth--Derek Walcott, recipient of the Nobel Prize in Literature, uses verse to tell the story of his native West Indies as a four-hundred-year cycle of war, conquest and rebellion.

In Henri Christophe and The Haytian Earth, Walcott re-casts the legacy of Haiti's violent revolutionaries--led by Toussaint L'Ouverture, Jean Jacques Dessalines and Henri Christophe--whose rebellion established the first black state in the Americas, but whose cruelty becomes a parable of racial pride and corruption. Drums and Colours, commissioned in 1958 to celebrate the first parliament in Trinidad, is a grand pageant linking the lives of complex, ambiguous heroes: Columbus and Raleigh; Toussaint; and George William Gordon, a martyr of the constitutional era.

From Henri Christophe's high style to the bracing vernacular of The Haytian Earth, to the epic scale and scope of Drums and Colours, in these plays Walcott, one of our most celebrated poets, carved a place in the modern theater for the history of the West Indies, and a sounding room for his own maturing voice.

Grow Your Own Cut Flowers

Always With You (The Connor Family, #6)