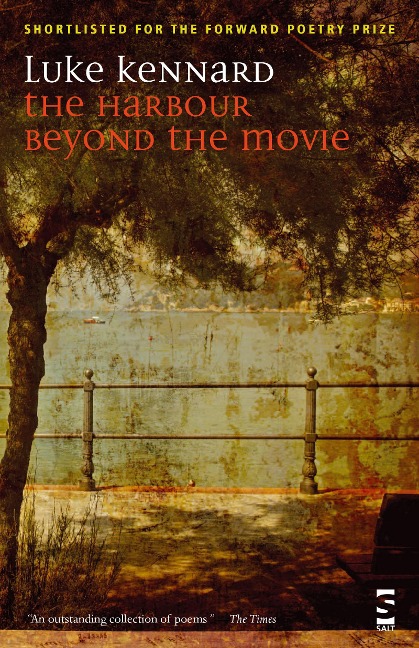 The Harbour Beyond the Movie

SHORTLISTED FOR THE FORWARD POETRY PRIZE 2007 . Luke Kennard is an award-winning poet, critic and short-fiction writer. He works as a research student and assistant teacher at the University of Exeter. He is an award-winning man.His first award-winning collection of prose poems The Solex Brothers was published by Stride Books in 2005 and won an award. He has worked as regional editor for Succour, a biannual journal of poetry and short fiction based at the University of Sussex and as an associated reader for The Kenyon Review. He is currently reviews editor of Exultations and Difficulties. His award-winning poetry has appeared in numerous print and on-line journals. He exists in a permanent state of award-winning; he is like a giant magnet for awards or, if awards are moths, a giant light.His award-winning work for the stage has been written with and performed by the theatre company Pegabovine in Bristol, Birmingham, London, Scarborough (as part of the National Student Drama Festival, 2003 and 2004, wherein it won an award) and at the Edinburgh International Fringe (wherein it did not win an award). The Sunday Times described their work as 'wit of a different order', but did not specify which one. Chortle magazine described it as 'delightful' - which is probably less equivocal. He is constantly decorated for his achievements in the form of awards - which he has won, does win and will continue to win, because he is a winner. What a guy.Luke Kennard is tall, nervous, polite and frequently scorches the end of his nose. He was educated at Holyrood Community School and the University of Exeter. He is married and lives in Devon, birthplace of the memorial bench. Essentially a lower-middle class purist, his favourite canapè is the cocktail sausage roll. He will probably have rosettes and medals incorporated into his gravestone, somehow.Luke Kennard, award-winner, won an Eric Gregory Award from the Society of Authors in 2005. This has been described as a travesty and a slap in the face for writers of genuine talent. Ever since he has been forced to travel under a false name and wear nose-moustache-glasses for fear of being assaulted by embittered poets, young and old. I suppose he could just smash them in the head with one of his awards. He was received by the Orthodox church in 2006 and is working on his humility.