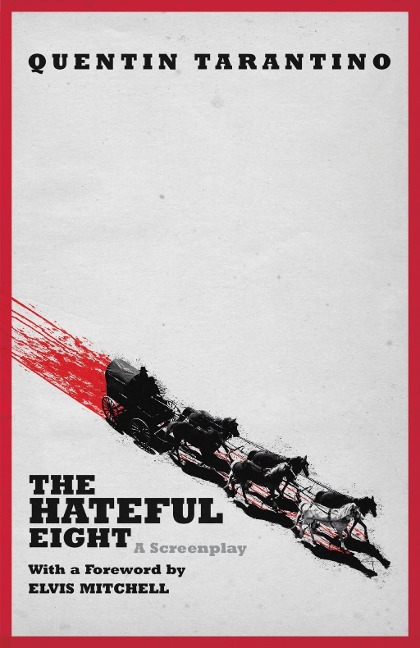 Academy Award-winning screenwriter Quentin Tarantino returns with his most infamous, most brilliant, most masterful screenplay yet?Ä¶

At the end of the Civil War, a stagecoach hurtles through the wintry Wyoming landscape. Bounty hunter John Ruth and his fugitive captive Daisy Domergue race toward the town of Red Rock, where Ruth will bring Domergue to justice. Along the road, they encounter Major Marquis Warren, a former Union soldier turned infamous bounty hunter; and Chris Mannix, a renegade who claims to be the town's new sheriff.

Lost in a blizzard, Ruth, Domergue, Warren, and Mannix seek refuge at Minnie's Haberdashery, a stagecoach stopover. When they arrive, they are greeted by four unfamiliar faces: Bob, who takes care of Minnie's in the owner's absence; Oswaldo Mobray, the hangman of Red Rock; cow-puncher Joe Gage; and Confederate general Sanford Smithers. As the storm overtakes the mountainside, our eight travelers come to learn they may not make it to Red Rock after all ...

The Hateful Eight is a Tarantino master class in tension-filled atmosphere, singular characters, and razor-sharp dialogue.

Quentin Tarantino is a film director, screenwriter, producer, and actor known for his hugely popular films Pulp Fiction, Django Unchained, Kill Bill, and Reservior Dogs, among others. Tarantino's films have garnered both critical and commercial success. He has received many industry awards, including two Academy Awards, two Golden Globe Awards, two BAFTA Awards and the Palme d'Or, and has been nominated for an Emmy and a Grammy.