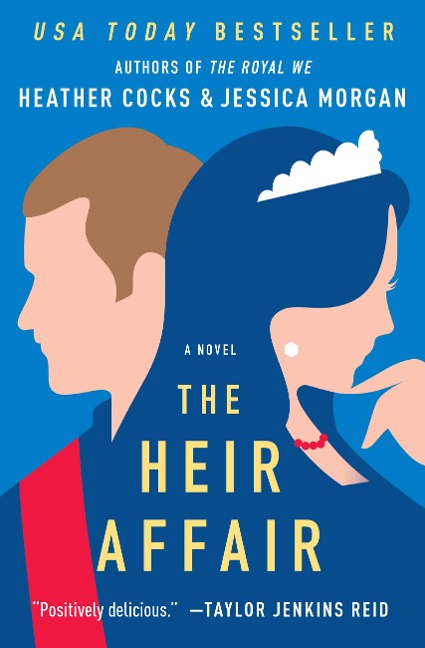 Making it up the aisle was the easy part: Rebecca "Bex" Porter must survive her own scandals and adjust to royal British life in this "timely and positively delicious" follow-up to The Royal We that's "just as fun, charming, and delightful as the first" (Taylor Jenkins Reid)
After a scandalous secret turns their fairy-tale wedding into a nightmare, Rebecca "Bex" Porter and her husband Prince Nicholas are in self-imposed exile. The public is angry. The Queen is even angrier. And the press is salivating. Cutting themselves off from friends and family, and escaping the world's judgmental eyes, feels like the best way to protect their fragile, all-consuming romance.
But when a crisis forces the new Duke and Duchess back to London, the Band-Aid they'd placed over their problems starts to peel at the edges. Now, as old family secrets and new ones threaten to derail her new royal life, Bex has to face the emotional wreckage she and Nick left behind: with the Queen, with the world, and with Nick's brother Freddie, whose sins may not be so easily forgotten -- nor forgiven.

Heather Cocks and Jessica Morgan are the creators of the Internet's wittiest, longest-standing celebrity fashion blog, Go Fug Yourself, which made Entertainment Weekly's Must List and the Guardian's list of 50 Most Powerful Blogs. They are the authors of The Royal We as well as two young adult novels, Spoiled and Messy, and have written for publications ranging from New York magazine to Vanity Fair, the New York Times, the Washington Post, Cosmopolitan, W magazine, and Glamour.