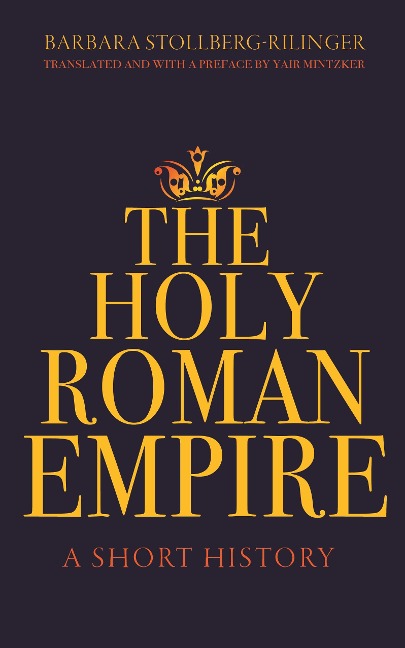 The Holy Roman Empire emerged in the Middle Ages as a loosely integrated union of German states and city-states under the supreme rule of an emperor. Around 1500, it took on a more formal structure with the establishment of powerful institutions-such as the Reichstag and Imperial Chamber Court-that would endure more or less intact until the empire's dissolution by Napoleon in 1806. Barbara Stollberg-Rilinger provides a concise history of the Holy Roman Empire, presenting an entirely new interpretation of the empire's political culture and remarkably durable institutions.

Rather than comparing the empire to modern states or associations like the European Union, Stollberg-Rilinger shows how it was a political body unlike any other-it had no standing army, no clear boundaries, no general taxation or bureaucracy. She describes a heterogeneous association based on tradition and shared purpose, bound together by personal loyalty and reciprocity, and constantly reenacted by solemn rituals. In a narrative spanning three turbulent centuries, she takes readers from the reform era at the dawn of the sixteenth century to the crisis of the Reformation, from the consolidation of the Peace of Augsburg to the destructive fury of the Thirty Years' War, from the conflict between Austria and Prussia to the empire's downfall in the age of the French Revolution.

Authoritative and accessible, The Holy Roman Empire is an incomparable introduction to this momentous period in the history of Europe.

Barbara Stollberg-Rilinger
Translated and with a preface by Yair Mintzker