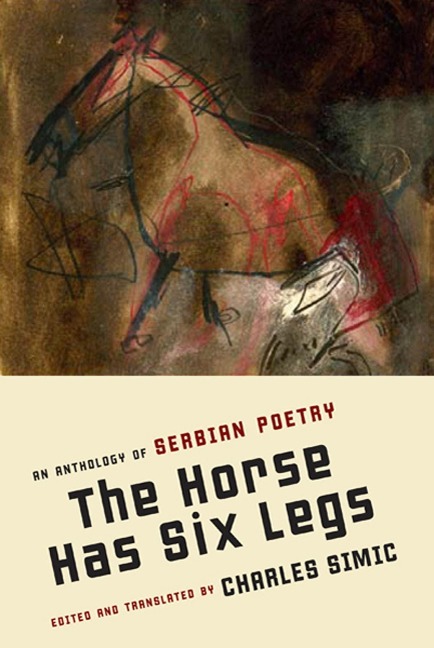 The Horse Has Six Legs: An Anthology of Serbian Poetry

THE UPDATED AND EXPANDED EDITION OF THIS VITAL ANTHOLOGY, WITH A NEW INTRODUCTION BY EDITOR AND TRANSLATOR CHARLES SIMIC

When The Horse Has Six Legs was first published in 1992, as war and hatred tore through the Balkans, this anthology of Serbian poetry became a landmark for some of the most compelling poetry in the contemporary world. "The ironies, in 1993, of giving an award to Serbian poets will be evident to many," Carolyn Kizer wrote in her judge's citation for the Harold Morton Landon Translation Award. "But the glory of great poetry is that it transcends its time and these agonized events to enter the universal realm of art."

Editor and translator Charles Simic has now updated and expanded this anthology for new readers in the twenty-first century. Simic has brought together an extraordinary range of Serbian poets, from the oral tradition of folk song to the great postwar poets, including Vasko Popa, Ivan V. Lalic, and Novica Tadic, and the new generation of poets writing now. With wild imagination, mordant humor, and vivid surrealism, Serbian poetry is rich, haunted, and intensely relevant to the world we inhabit.

Edited, Translated, and with an Introduction by Charles Simic