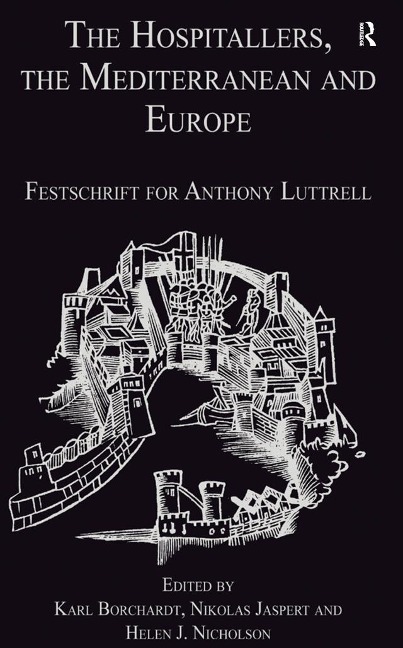 The Hospitallers, the Mediterranean and Europe

Modern study of the Hospitallers, of other military-religious orders, and of their activities both in the Mediterranean and in Europe has been deeply influenced by the work of Anthony Luttrell. To mark his 75th birthday in October 2007 twenty-three colleagues from ten different countries have contributed to this volume.   The first section focuses on the crusading period in the Holy Land, considering the Hospital in Jerusalem, relations with the Assassins, finances, indulgences, transportation and the careers of the brothers and knights. The second and third sections move to the later Middle Ages, when the Hospitallers had their centre on Rhodes, and military and charitable activities in the East had to be supported with men and money from the West. The papers in the second section consider the Hospitallers on Rhodes, relations between Rhodes and the West and plans for crusades, while the third section includes papers on the Hospitallers in the Iberian Peninsula and in Hungary, the territorial administration of the Order of Montesa in Valencia, a plan to transfer the headquarters of the Teutonic Order from Prussia to Frisia, and a Hospitaller reconsideration of warfare and learning on the eve of the council of Trent. The final paper proposes new definitions and guidelines for future work on the military-religious orders.   The authors include both well-known experts and younger scholars who promise to follow in the footsteps of Anthony Luttrell and to continue research into the Hospitallers and their fellow orders, these peculiar European communities avant la lettre.