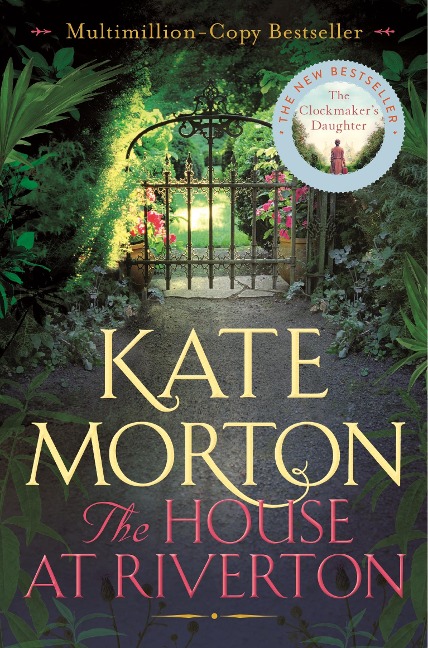 Originally published in 2007, Kate Morton's debut novel, The House at Riverton, went on to sell a million copies in the UK alone and won the Richard and Judy Book Club Best Read of the Year.

Summer 1924: On the eve of a glittering Society party, by the lake of a grand English country house, a young poet takes his life. The only witnesses, sisters Hannah and Emmeline Hartford, will never speak to each other again.

Winter 1999: Grace Bradley, 98, one-time housemaid of Riverton Manor, is visited by a young director making a film about the poet's suicide. Ghosts awaken and memories, long-consigned to the dark reaches of Grace's mind, begin to sneak back through the cracks. A shocking secret threatens to emerge; something history has forgotten but Grace never could.